Identifying misinformation, its various types, and both personal and news media biases

The main difference between the two is that disinformation is created and shared deliberately with the purpose to deceive, while misinformation is generally shared due to a lack of fact-checking.

The Five Types of Misinformation

According to the News Literacy Project (NLP) there are Five Types of Misinformation. PDF version. 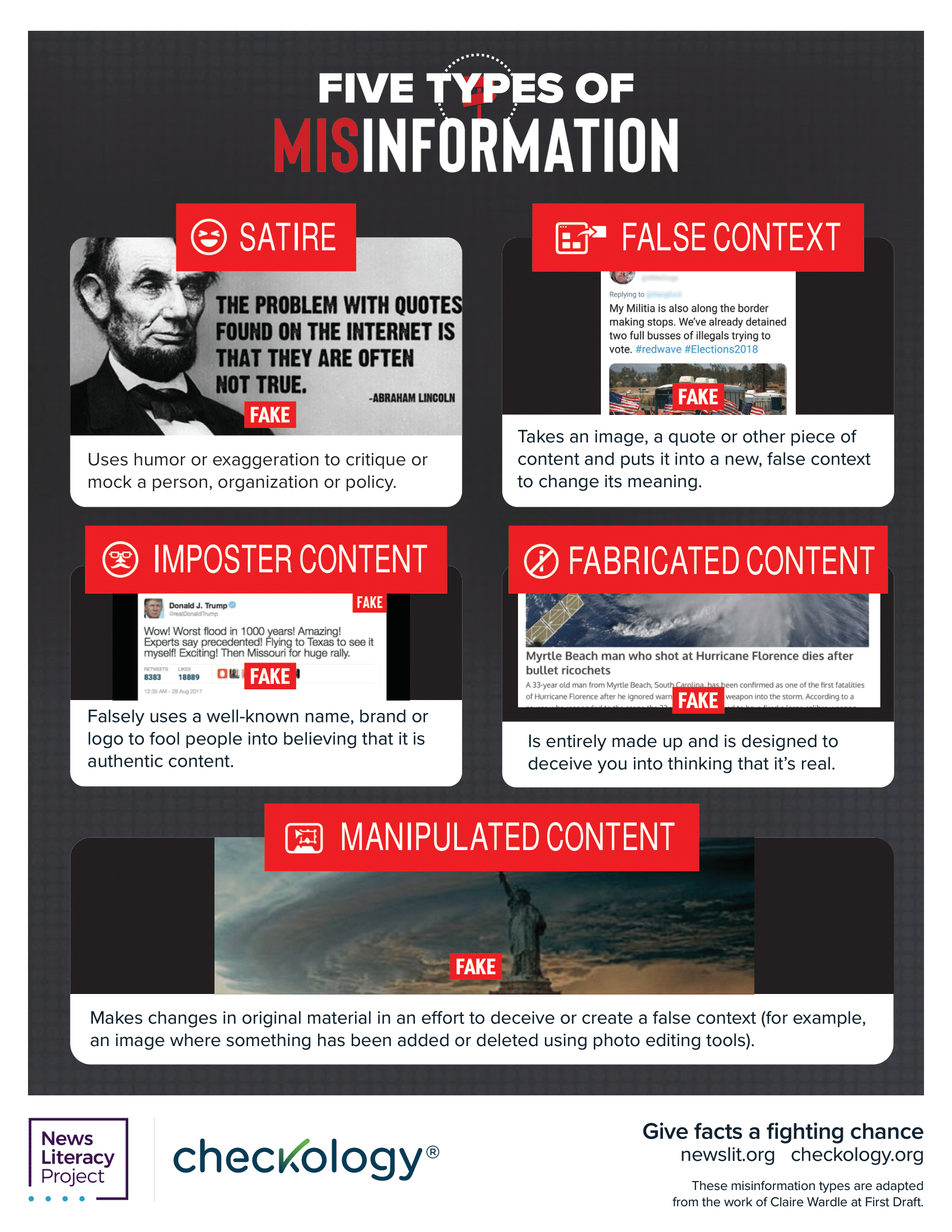 Examples of the Five Types of Misinformation

A TikTok video being spread around social media platforms as footage of a Russian warship exploding is actually a Norwegian military exercise from 2013.

Neither of the photos used in this anti-Biden meme found on Facebook were taken during the Biden administration.

A video doctored to impersonate BBC News went viral and was shared on social media despite the fact that the BBC did not post any reports regarding Polish troops being sent to Ukraine.

This photo encouraging parents to donate their children's organs along with getting a COVID-19 vaccine is doctored. The original text in the white box was a Spanish translation advertising the same information as the English text.

Fake news site WTOE 5 News publishes the entirely made-up claim that the Pope has broken with tradition and endorsed an American political candidate.

An entirely fabricated quote attributed to comedian Betty White went viral in the days after her death, spreading anti-vax sentiments by implying she had died as a result of the COVID-19 vaccine.

These are just a handful of examples. To explore further, check out the Media Manipulation Casebook and the News Literacy Project's Viral Rumor Rundown. Both websites explore various instances of mis- and disinformation spreading over the internet.

The "Misinformation, Disinformation, and Bias" LibGuide was created and developed by University of Texas iSchool student, Kathryn Senn, in Spring 2022 as part of her Capstone Project.