For additional materials please review the Campus Demonstration records [04.CD]. The collection includes materials pertaining to the conflicts, protests, rallies, and movements at Eastern Michigan University. The bulk of the material is dated 1968 to 1970 and relates to race relations in the context of the Civil Rights movement, as well as anti-war/violence demonstrations in response to the conflict in Vietnam. Materials include correspondence, meeting minutes, clippings, pamphlets, and newsletters. Link to the collection finding aid here: http://goo.gl/WfDPBq

The Second Coming was the second underground newspaper that was distribute 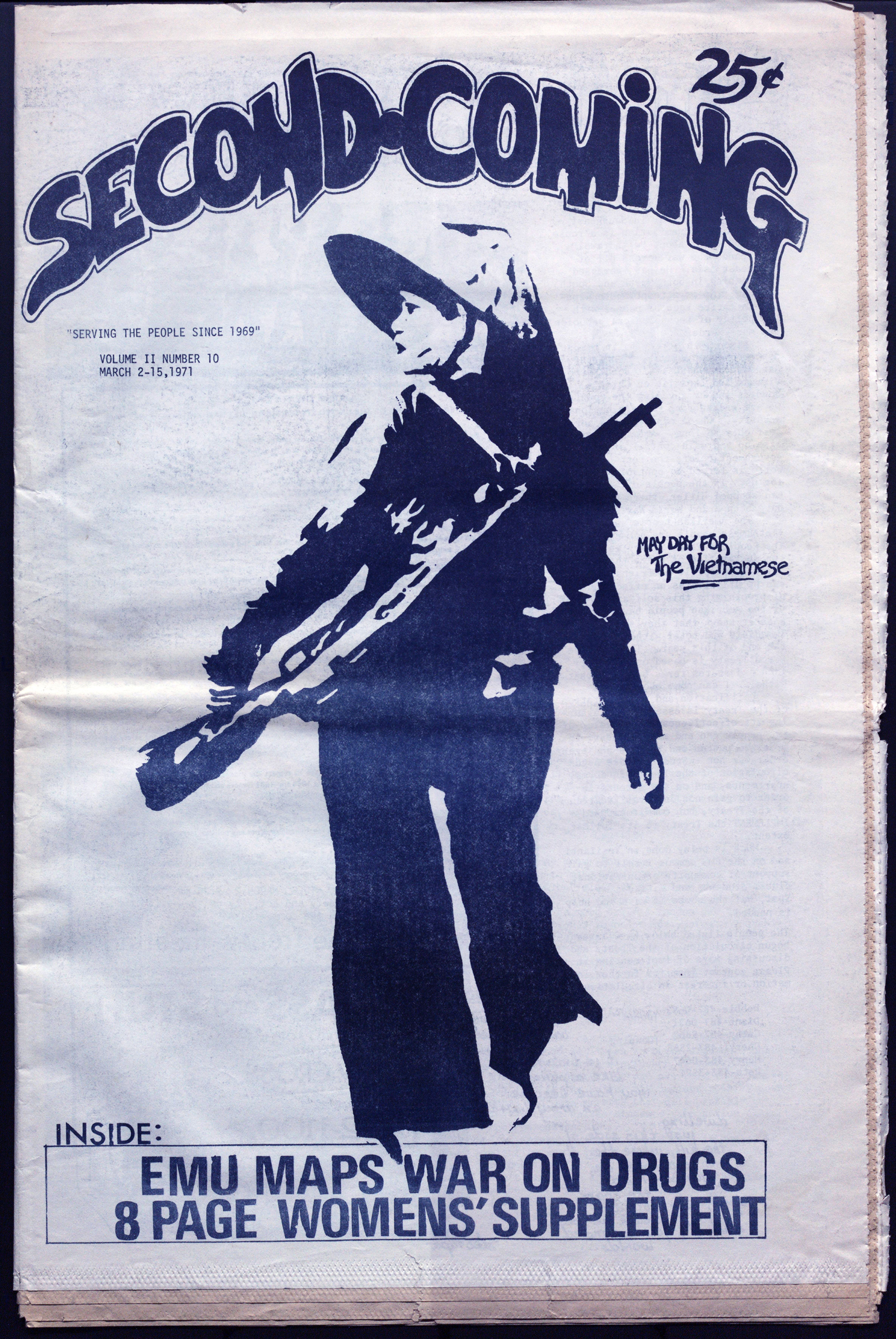 d on EMU’s campus. The newspaper, created by Frank Michel,  was leftist in nature and was used to show opposition to the war in Vietnam. This peaceful protest cause quite a stir due to the straightforward and often crude nature of the newspaper. It shut down by the campus administration, although the Second Coming refused to be stopped without legal action. Frank Michels was dismissed from the university and was banned from campus for the Second Coming newspaper and for his participation in other protests on campus. Issues of the Second Coming continued to be distributed on campus amidst the controversy surrounding its publishing and the dismissal of its creator from Eastern Michigan University.

The cover of a Second Coming newspaper, published in 1971