October 15, 1969 was the first National Vietnam Moratorium in the United States. The goal of the moratorium was a nationwide work stoppage and for everyone to join in anti-war protests. While the U.S. did not shut down for hte day people participated in cities across the U.S. by conducting anti-war demonstrations and protests. Eastern Michigan University students held marches, rallies, and lectures about the war in Vietnam. Some students went to Chicago to join in a larger protest that was happening there. For those that did not go to Chicago they could still join in the Michigan Mass Rally to End the War in Vietnam that was held at the University of Michigan football stadium that night. While this moratorium did not stop the Vietnam War, it did help to unite those that were against the United State's involvement in the Vietnam War. 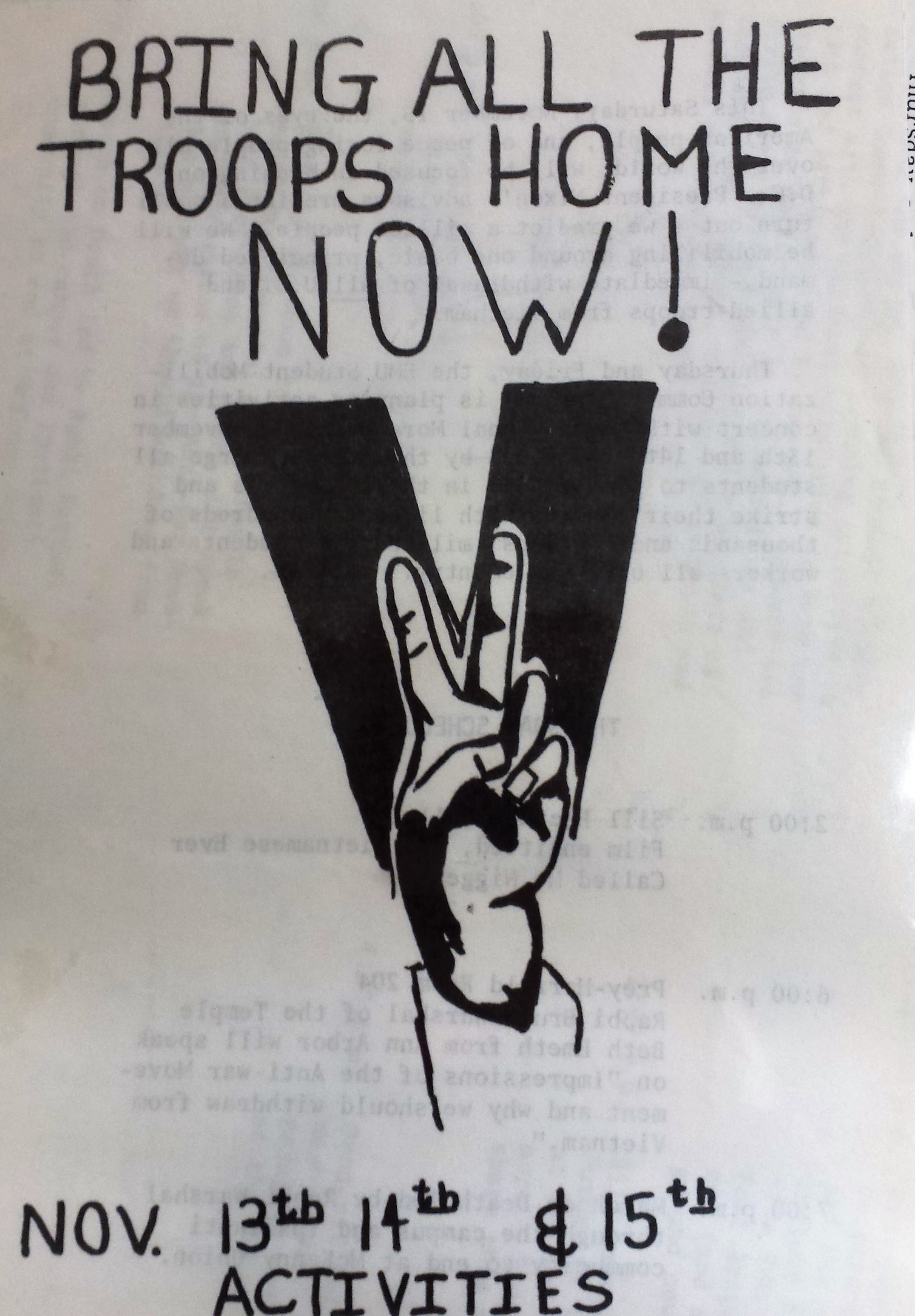 One month after the first National Vietnam Moratorium, on November 15, 1969, citizens in the United States once again came together in support of the second National Vietnam Moratorium. Eastern Michigan University students led up to the moratorium by holding anti-war protests and events for two days before the moratorium. These protests and events included rallies, marches, and teach-ins. On November 14, 1969 students left Ypsilanti for Washington D.C. to join in the anti-war protest of over half a million people.

Bulletin of events from the second National Moratorium