Around 50 students marched across campus and locked themselves in Pierce Hall in support of the "Black Demands" that students made to the administration at Eastern Michigan University on February 20, 1969. These demands were in support of more racial, social, and gender equality on campus and more fairness in the admissions process. The police were called to remove students from the building and fourteen were arrested. After these arrests were made, 100 students marched to the President's house to demand the release of the 14 arrested students. It became clear that the students were not going to be released without bail or trial. This demonstration was coordinated by the Black Student Association, the Students for a Democratic Society, and the Black Panthers. 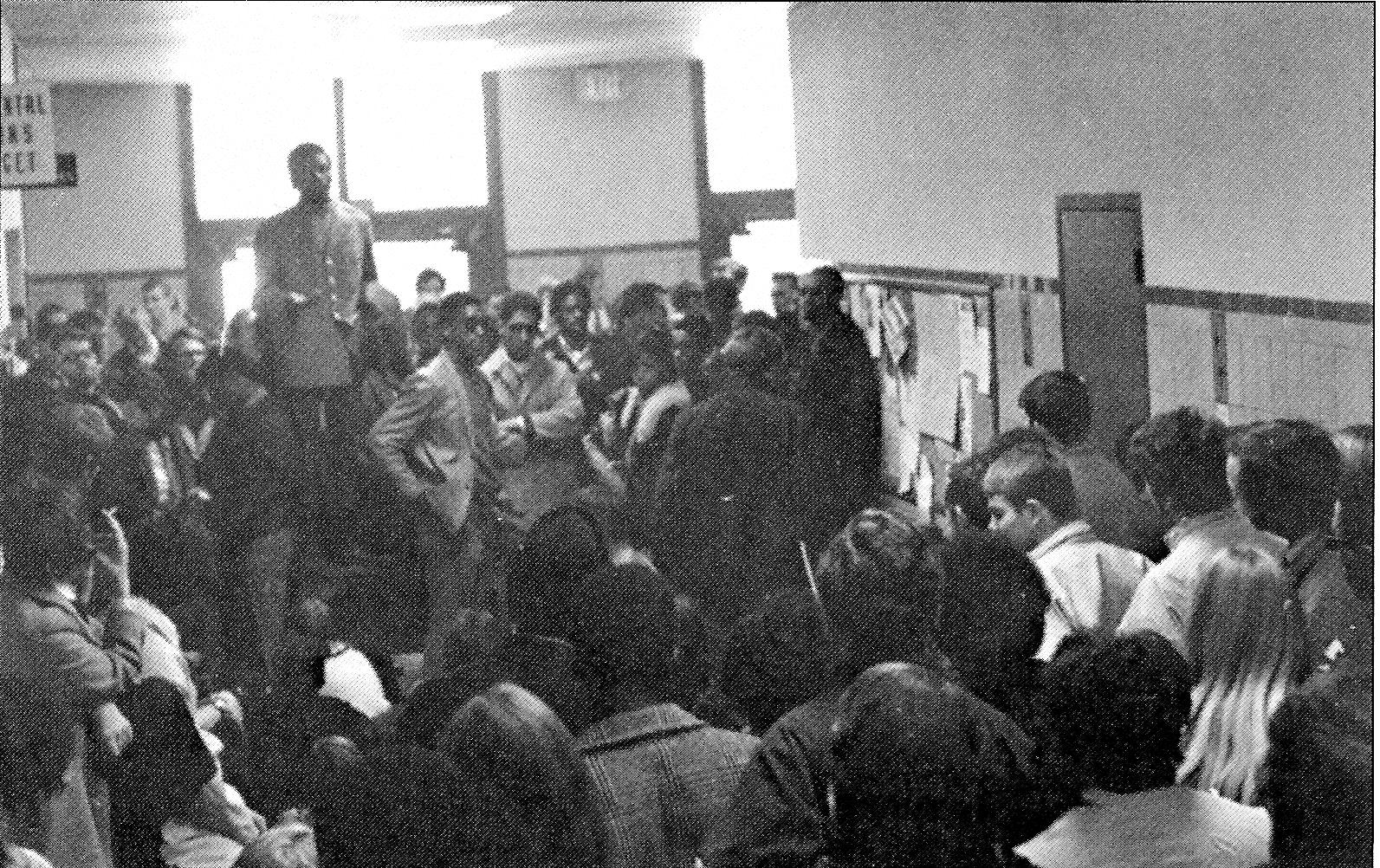 Photo by Gregory Fournier, a guest writer for the Second Coming Newspaper

On December 4, 1969 the Students for a Democratic Society and the Second Coming newspaper joined forces to hold a rally and show movies in support of the Black Panthers and freeing Huey Newton, one fo the founders of he Black Panther groups. In addition to this, there were also films shown that highlighted repression by police an police brutality, and the Richmond Oil Strike. There was a great deal of support for the Black Panthers by student organizations on campus and the goal of this rally was to spread the ideals of the Black Panthers.

Angela Davis was a political activist during the Civil Rights Movement, she was a leader of the Communist Party USA and had strong ties with the Black Panthers. She was arrested in 1970 on conspiracy charges, this resulted in an uproar among civil rights groups across the nation. At Eastern Michigan University a rally was held to "Free Angela Davis" as well as a march across campus.