For additional materials please review the Campus Demonstration records [04.CD]. The collection includes materials pertaining to the conflicts, protests, rallies, and movements at Eastern Michigan University. The bulk of the material is dated 1968 to 1970 and relates to race relations in the context of the Civil Rights movement, as well as anti-war/violence demonstrations in response to the conflict in Vietnam. Materials include correspondence, meeting minutes, clippings, pamphlets, and newsletters. Link to the collection finding aid here: http://goo.gl/WfDPBq

On May 4, 1970 there was a rally at Kent State University against the U.S. expanding the war to include Cambodia and the presence of the Ohio National Guard on campus. The Guardsmen ordered the demonstrators to disperse, but they refused and when the students were told the rally was banned they threw rocks at the Guardsman's Jeeps. This led to the National Guardsmen shooting 13 students, 4 were killed the rest were wounded (Below is a photo from the shooting.) The weeks following were filled with demonstrations and disruptions at universities across the nation, EMU included. Prior to what happened at Kent State the protests that happened at EMU were peaceful, but after the incident protests became more destructive and violent. Fires were lit in campus buildings, students shut down streets in protests, bricks were thrown through windows, and property was vandalized and destroyed. These demonstrations led to hundreds of student arrests, suspensions from the university, the  governor declaring a state of emergency in Ypsilanti, and the mayor implementing a curfew for Ypsilanti residents. 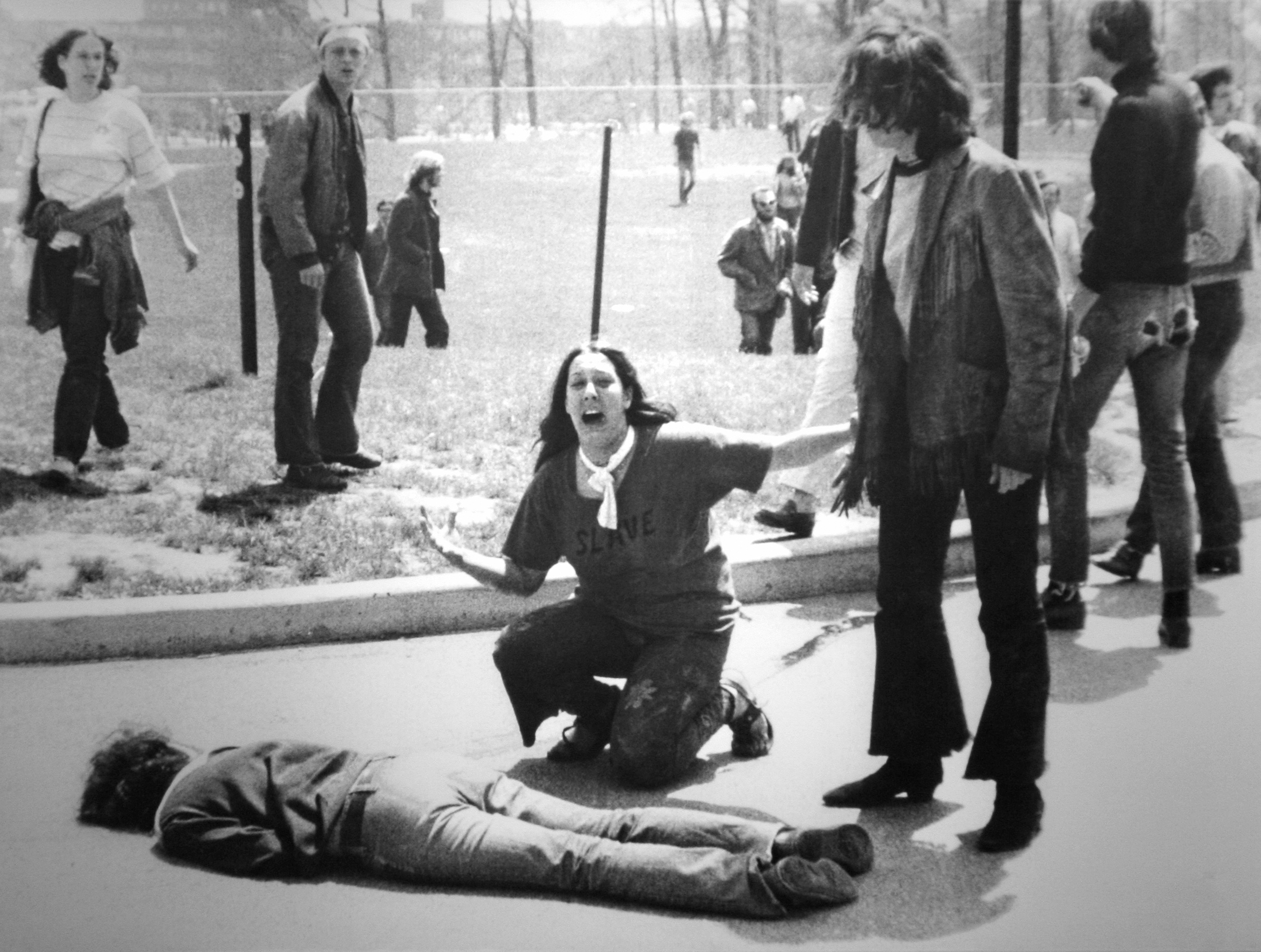 Mary Ann Vecchio screams as she kneels over the body of Jeffrey Miller who was shot during the  Incident. photograph taken by: John Paul Filo