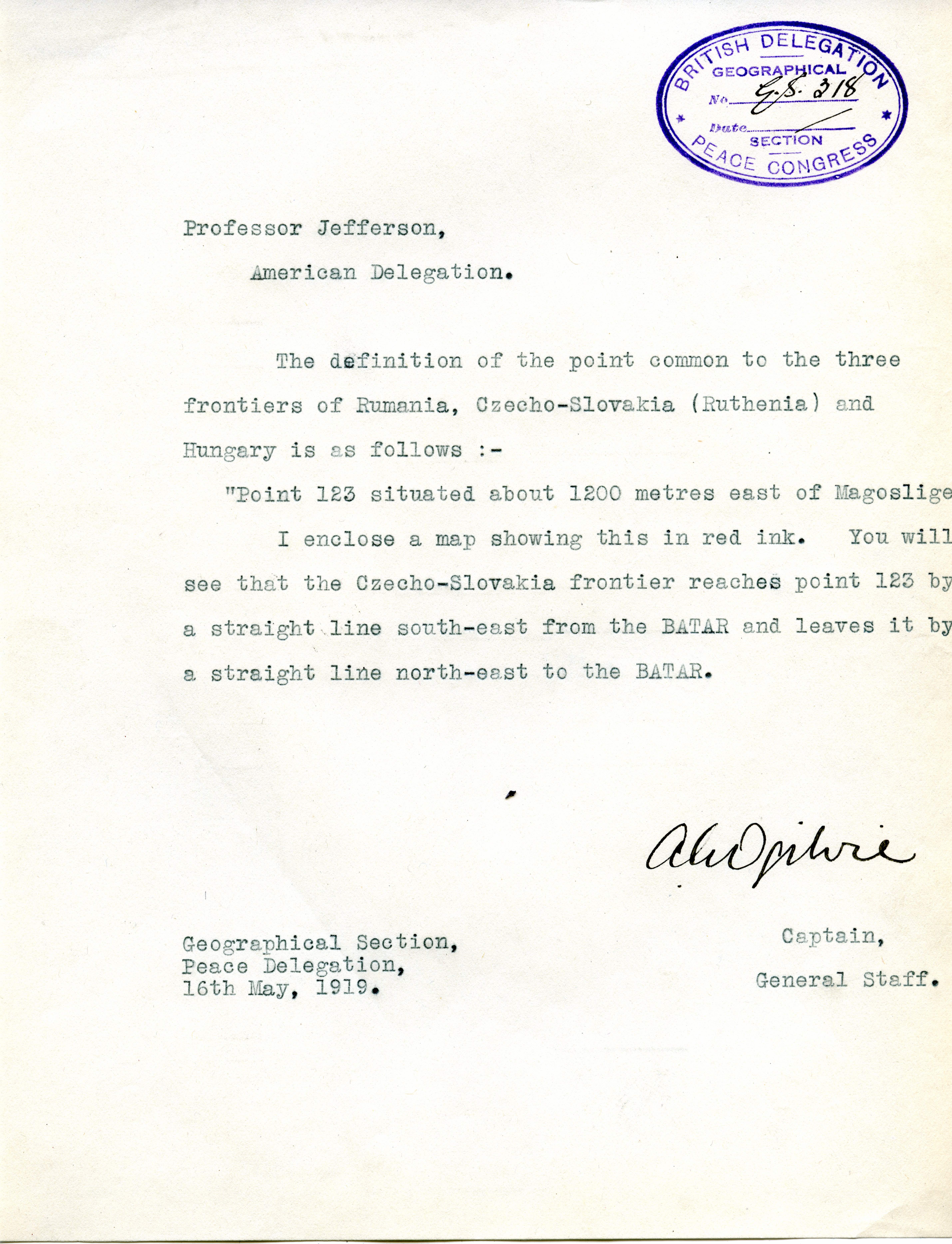 Mark Jefferson was sought after by many Allied delegations to give input on their map claims and he was willing to lend his skills. His conference diary and letters show that Jefferson was frustrated by the British and French delegation maps being rushed through as priority by the U.S. The speed of turning over maps quickly made Jefferson, who took great pride in his work, critical of the maps and of the peace negotiating process.

Jefferson was not only sought after by British and French delegations, he was also called upon by the Russian, Greek, Korean, Yugoslavian, and Italian delegations to help with boundary disputes. The claims books presented by these countries, maps, and Jefferson's diary entries are available in the Mark S.W. Jefferson papers. The materials in his papers documents the diverse need for Jefferson and his unique skill set at the peace conference.