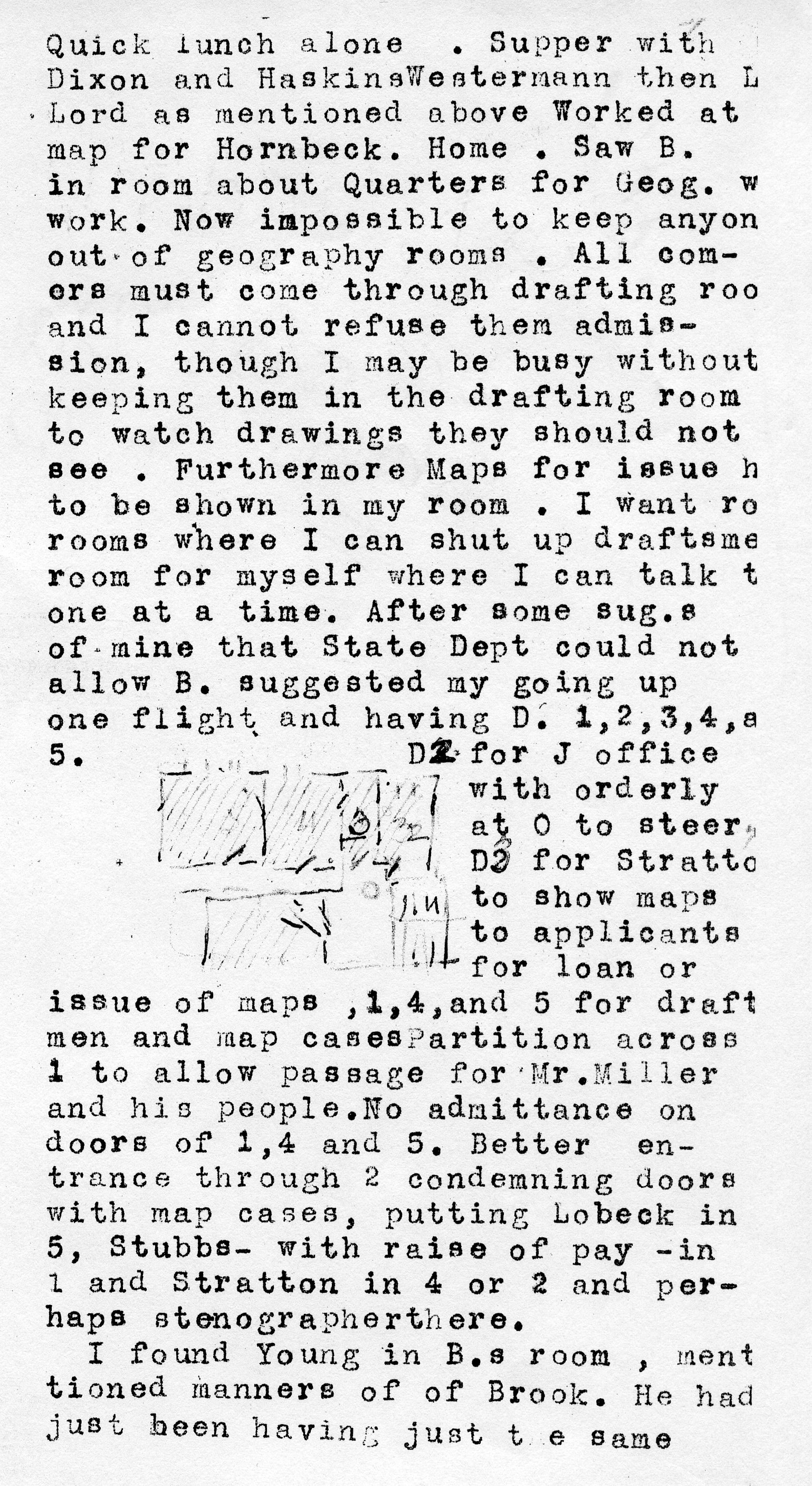 Once in Paris, Jefferson had a specific vision for the layout of his workspace and rooms which limited access and traffic. At home, Jefferson was accustomed to working closely with hand selected seasoned assistants.

For the conference, Jefferson could not select his cartographers and he wanted to supervise and be near those who were learning on the job. Jefferson’s pattern of spending 12-16 hours a day in the map room led to a series of health scares while in Paris. Jefferson had his first health scare after only six weeks in Paris where he fainted in his room and was out of commission for a week. After his first health scare, Jefferson and other members of the delegation strove to take it easier on themselves for their health. At 56, Jefferson was a very driven person and felt that he had to personally oversee every aspect of the map making process which would lead to three more health scares. The collection includes Jefferson's diary he kept during the conference as well as a transcribed version by Geoffrey Martin.

For map making purposes, Jefferson's expertise on history, language, culture, and economics of Europe were highly sought after. He was also given permission by certain governments to use official historical maps, photographs, and any other necessary material to deliver maps to the Allied delegations. The Jefferson papers includes documents and tools Jefferson used for map making including aerial photographs approved for use by the French government.