Frederic Henry Pease was born in 1839 to Peter P. Pease and Ruth Crocker Pease in Farmington, Ohio. He moved to Ypsilanti, Michigan in 1859 and began teaching piano. Pease was appointed Professor of Music at the Michigan State Normal School in 1863. To prepare himself for this position Pease decided to spend the year in Boston to be instructed by the best teachers. Over the years Pease would continue to travel to learn from the masters in Germany and Italy and to stay up to date with teaching methods. Professor Pease was not a professor in Ypsilanti alone; he taught singing and voice culture at the Detroit Conservatory of Music for nine years, and for three years he conducted the musical department of Bay View Assembly. His specialty was the pipe organ and played for several churches throughout his life. In 1870 the Ypsilanti "Musical Union" was organized with Pease as the conductor, he would serve this role for fifteen years.  The Conservatory of Music was organized in 1881 with Professor Pease in charge until his death in 1909. The advertisement for Pease's concert in the Ann Arbor Argus in 1896, below, makes it clear how revered the professor was in Ypsilanti and beyond; it noted he "is foremost in the development of musical appreciation in Washtenaw County."

Pease married Josephine Antoinette Dolson on November 7, 1859, while she was a student at the Normal School. The couple had eight children together before Josephine passed away on November 19, 1877. Pease went on to marry a former Normal Conservatory student, Abbie J. Hunter in 1887, they had one child together. 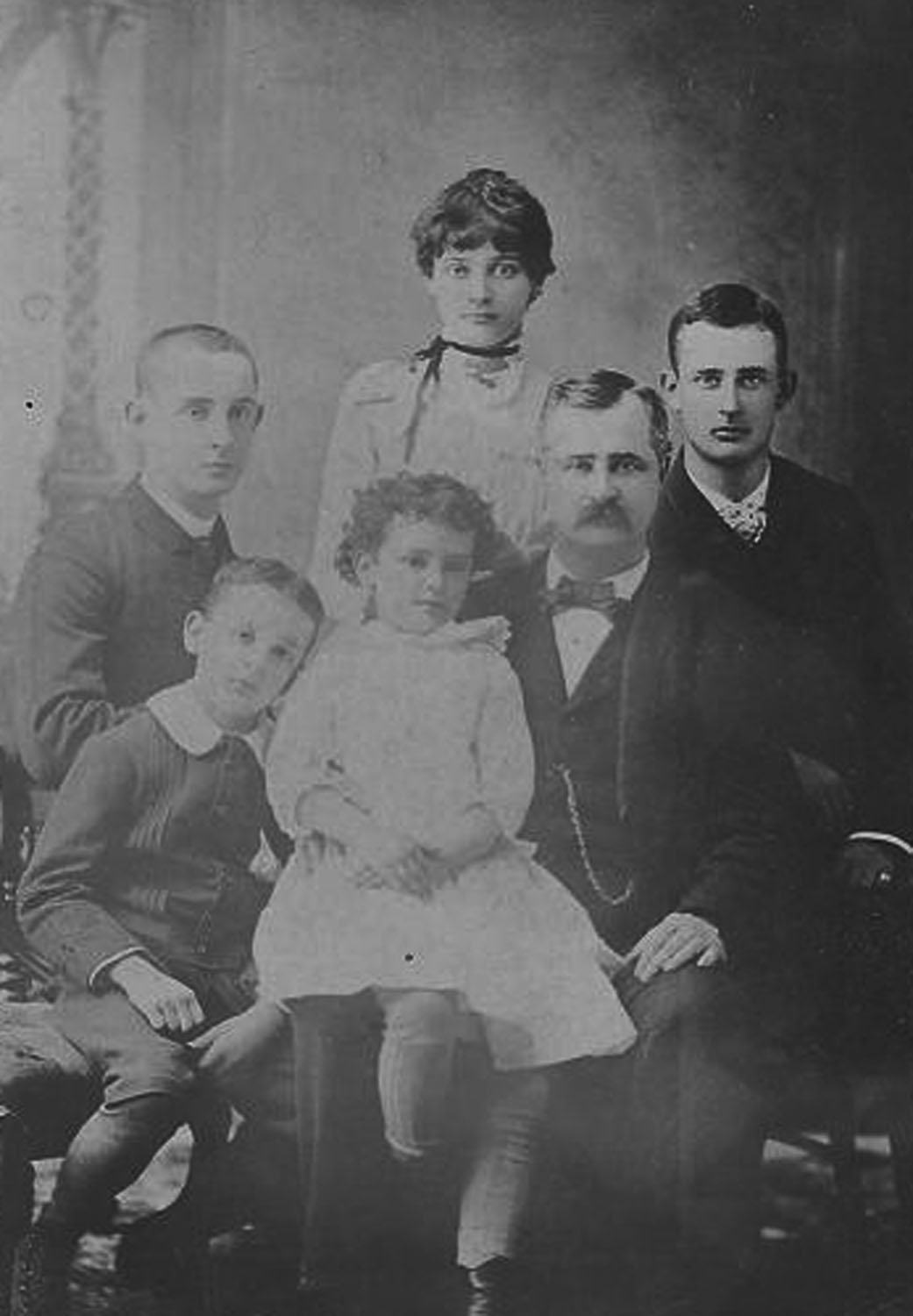 This photograph was taken of the Pease family after the death of Josephine (Pease's first wife). From left to right: Marshall, Frederic, Jr., Ruth, Jesse, Frederic Sr. & Max 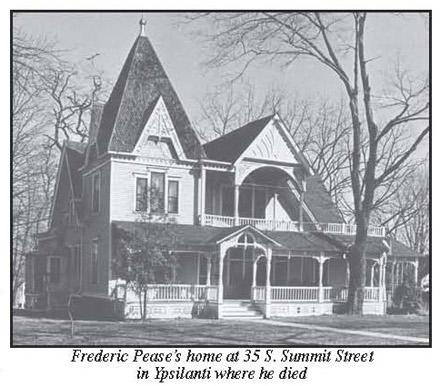 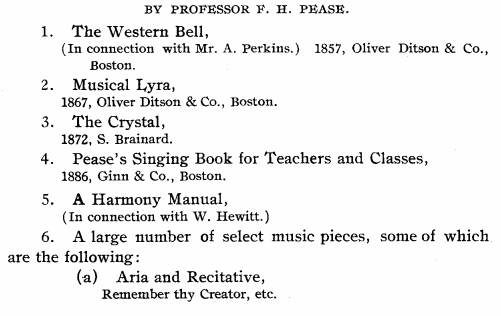 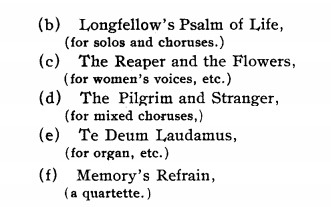 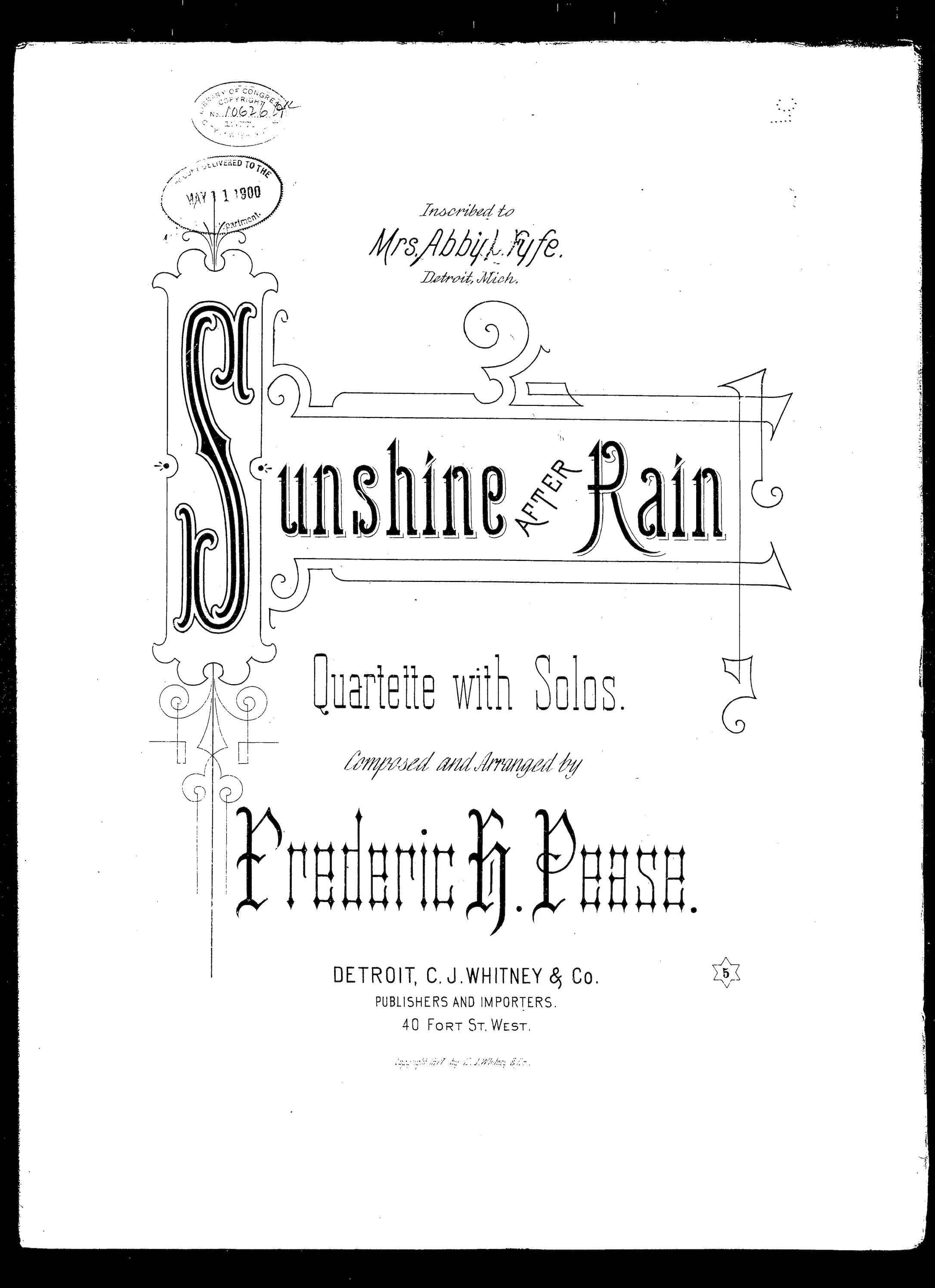 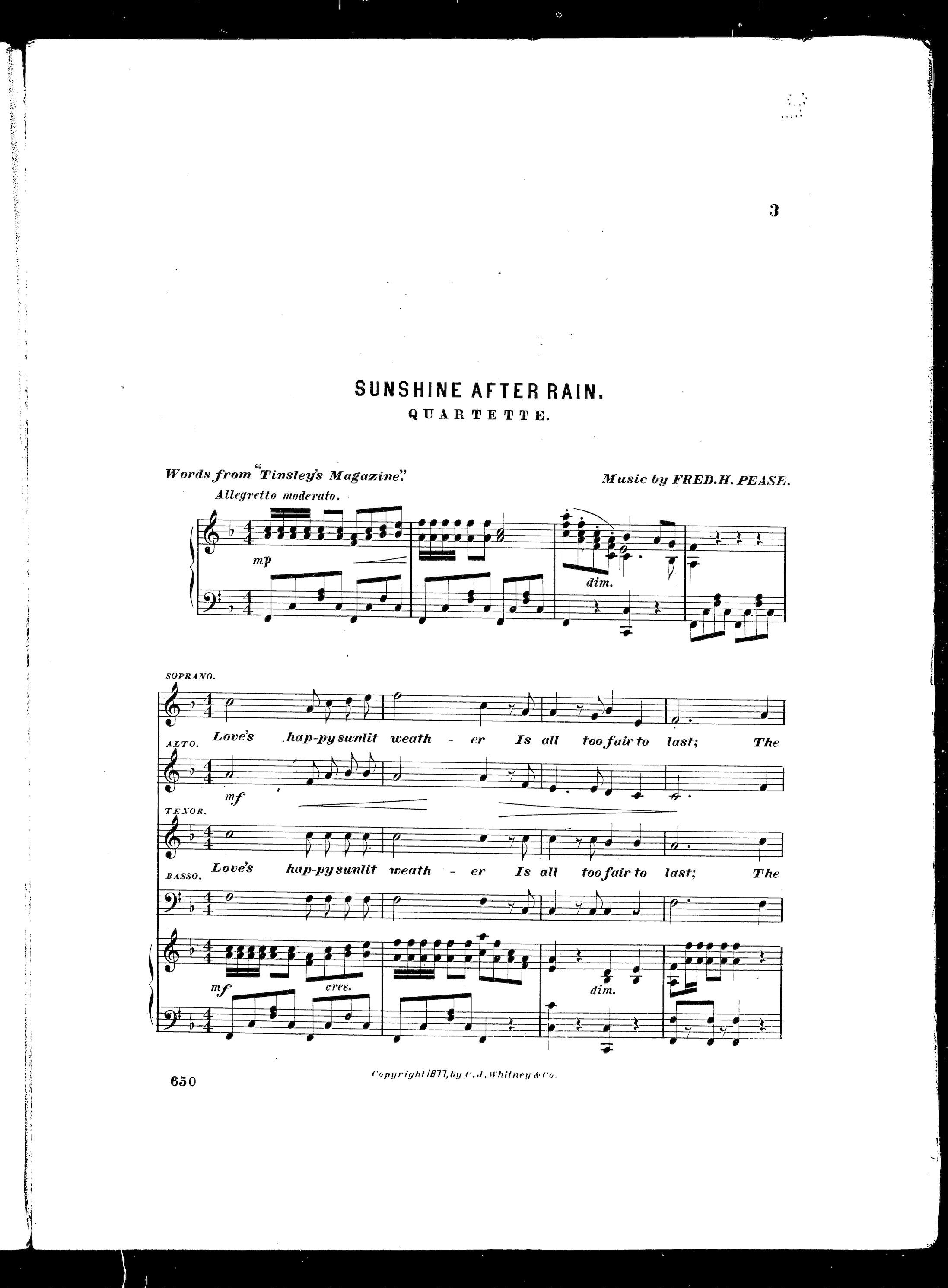 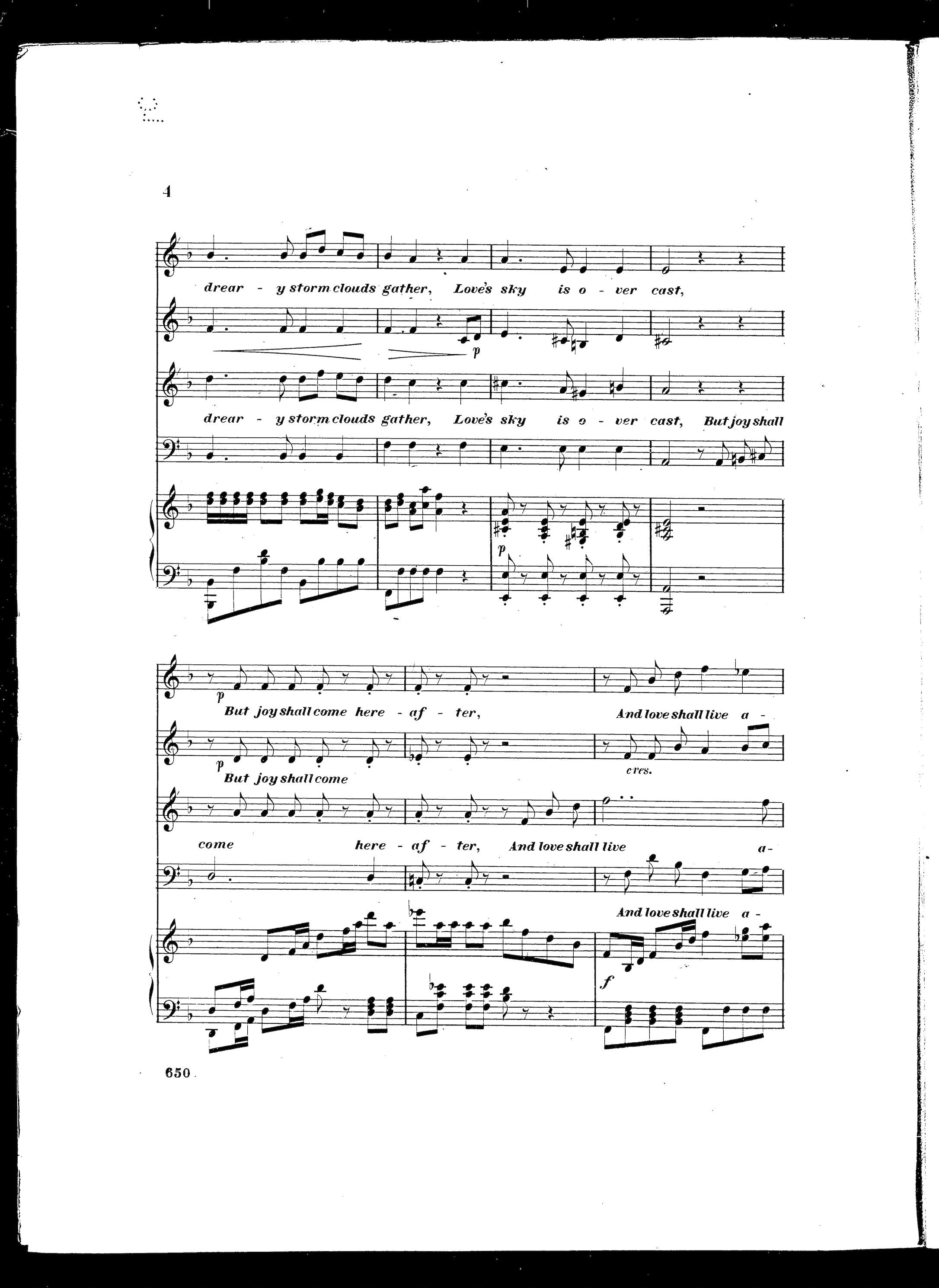 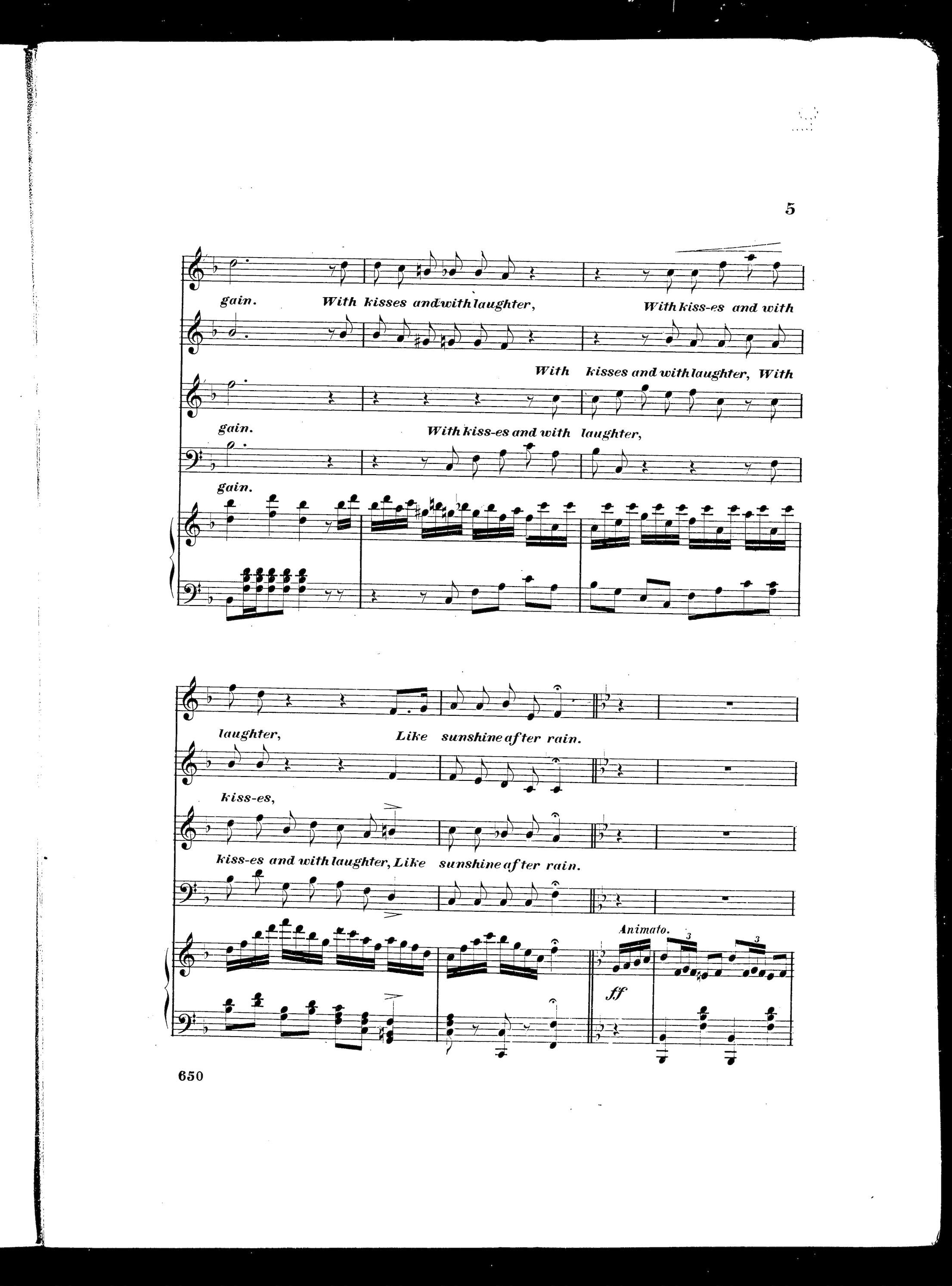 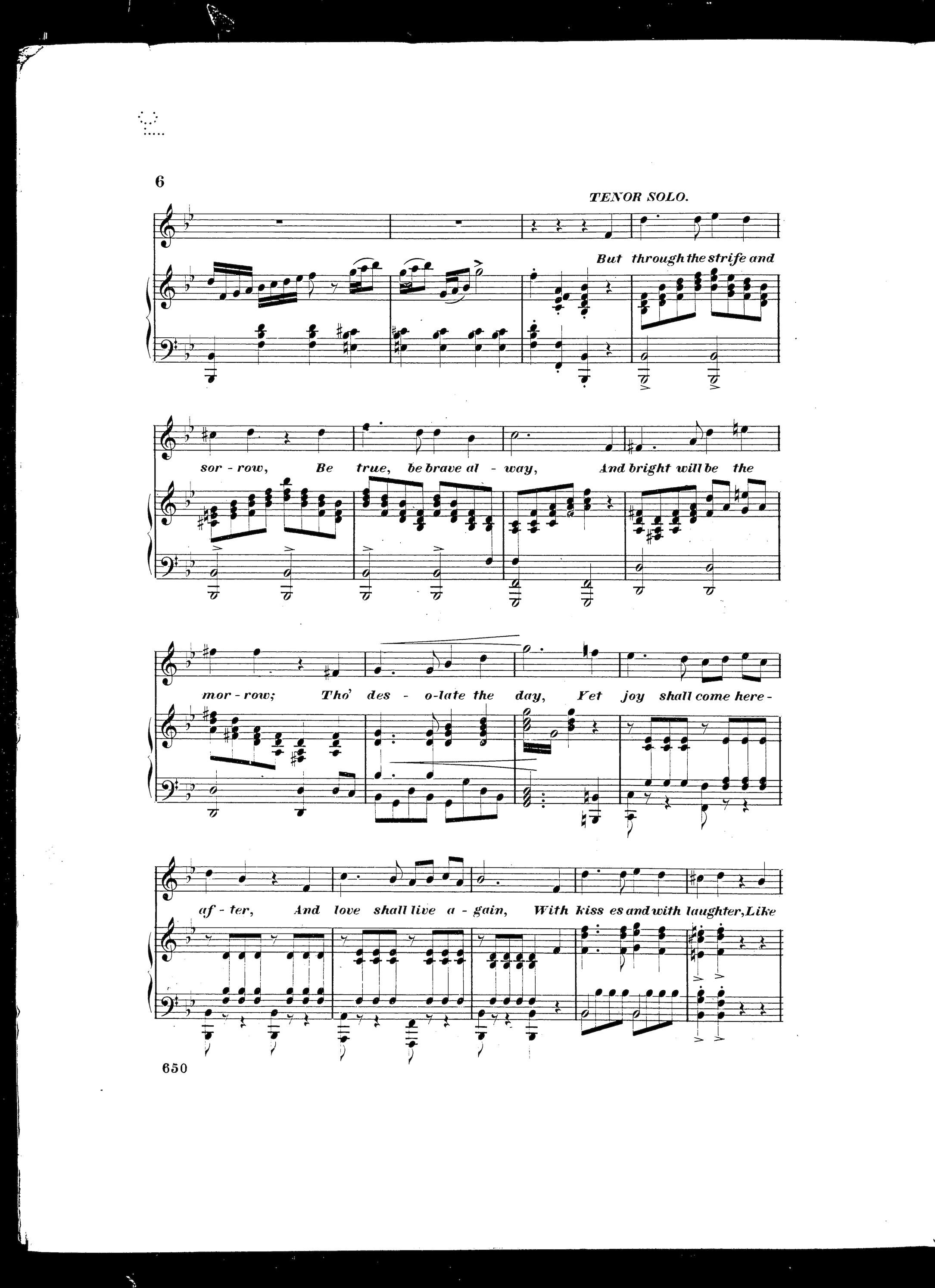 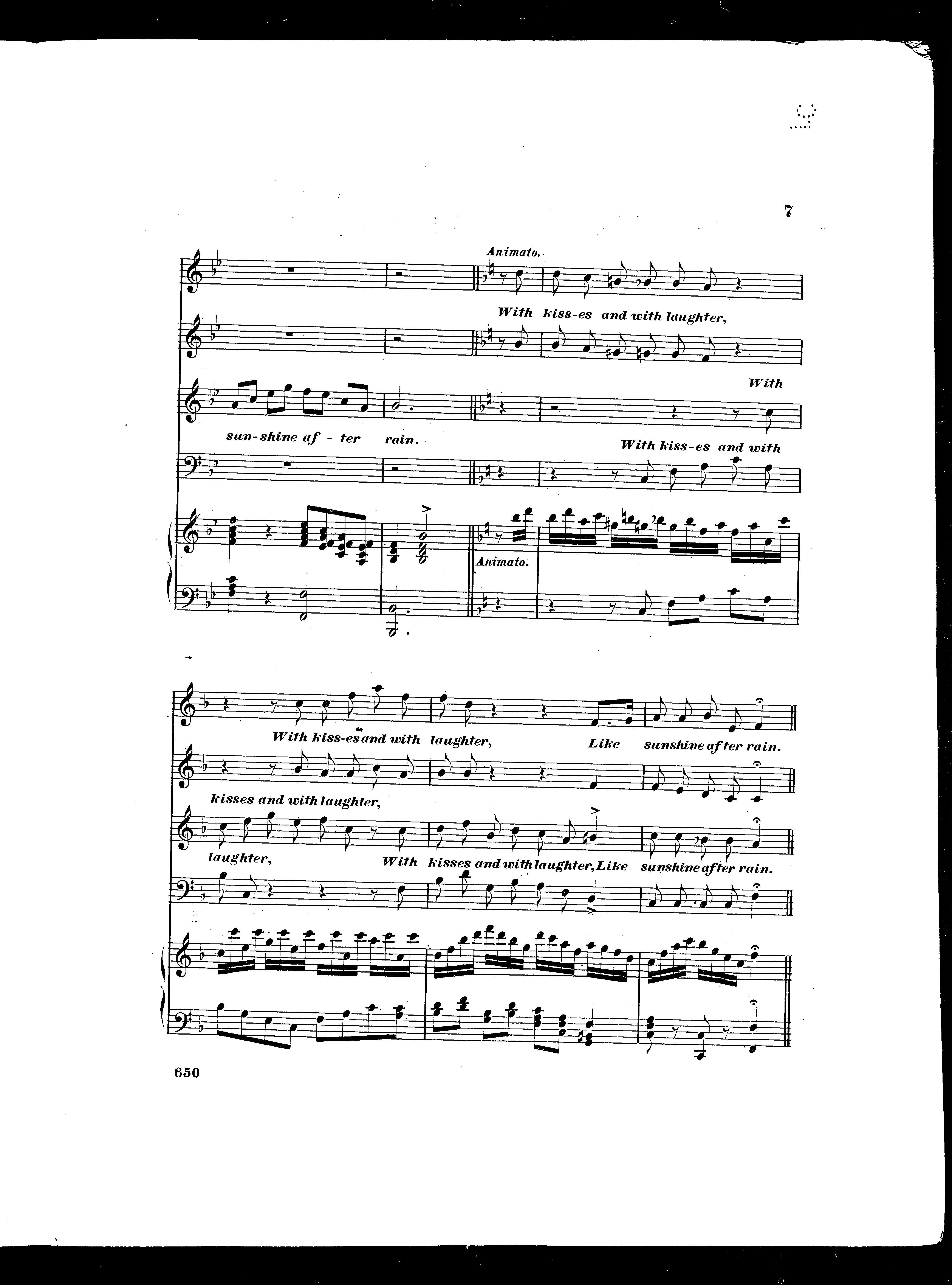 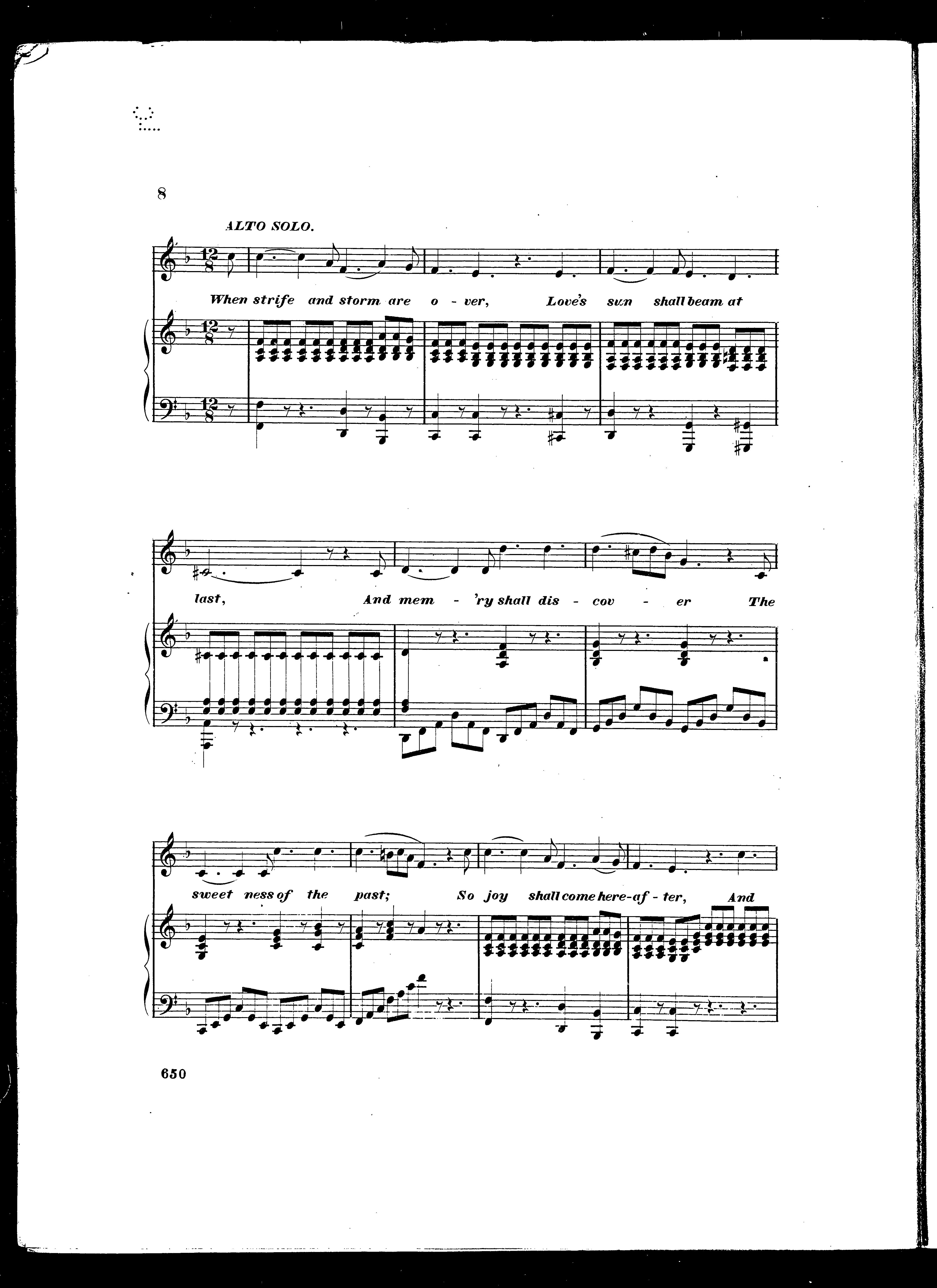 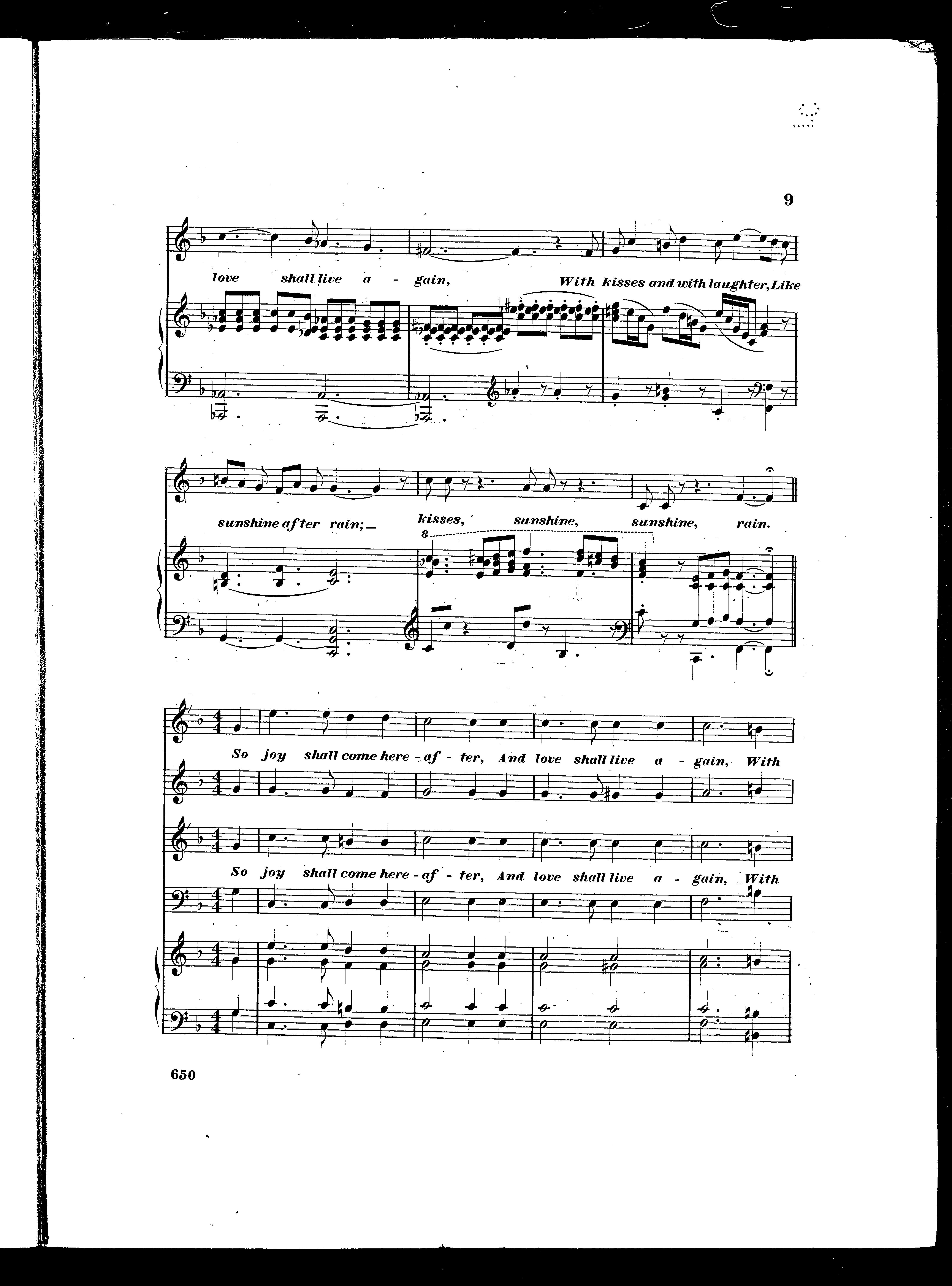 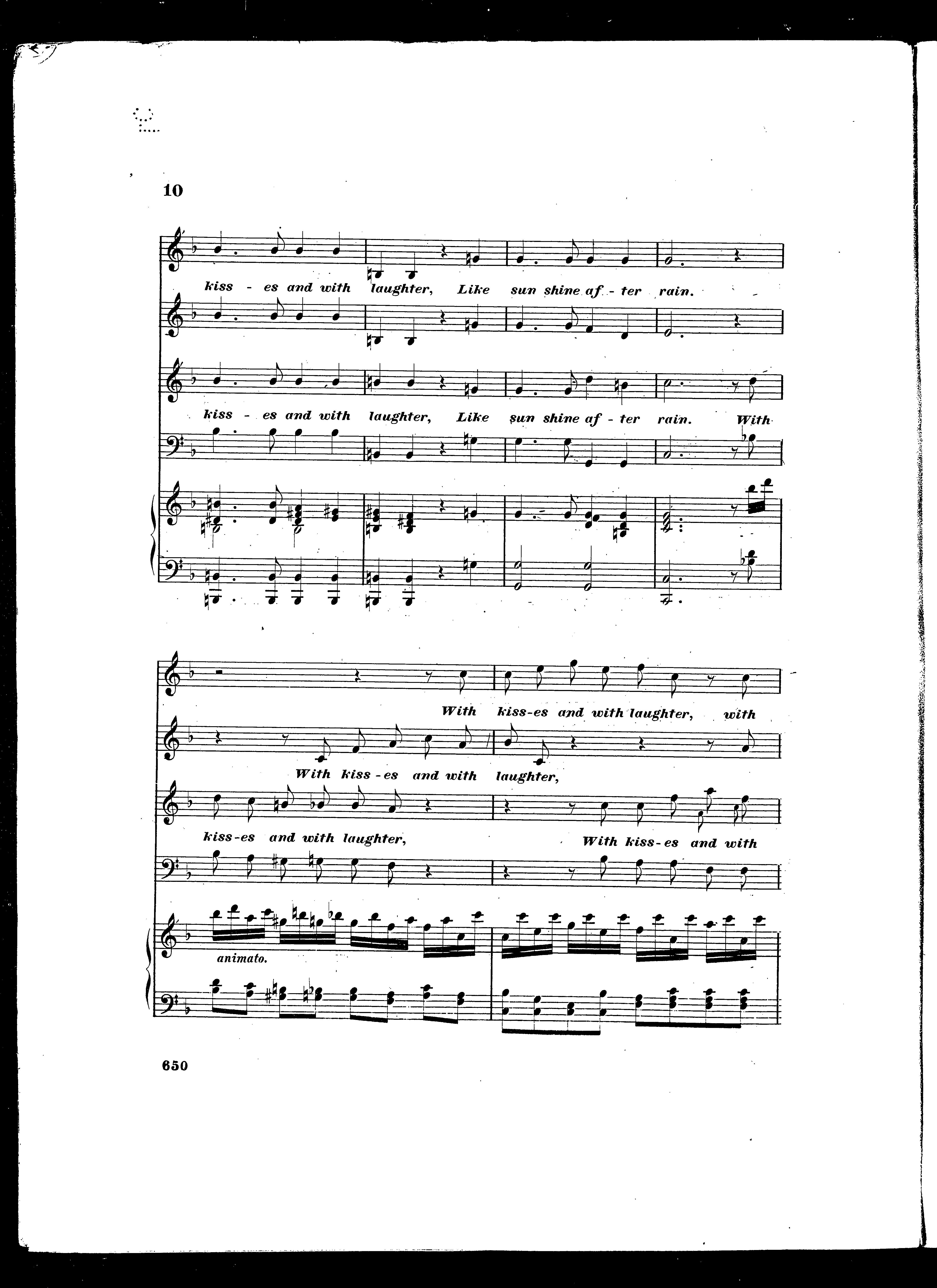 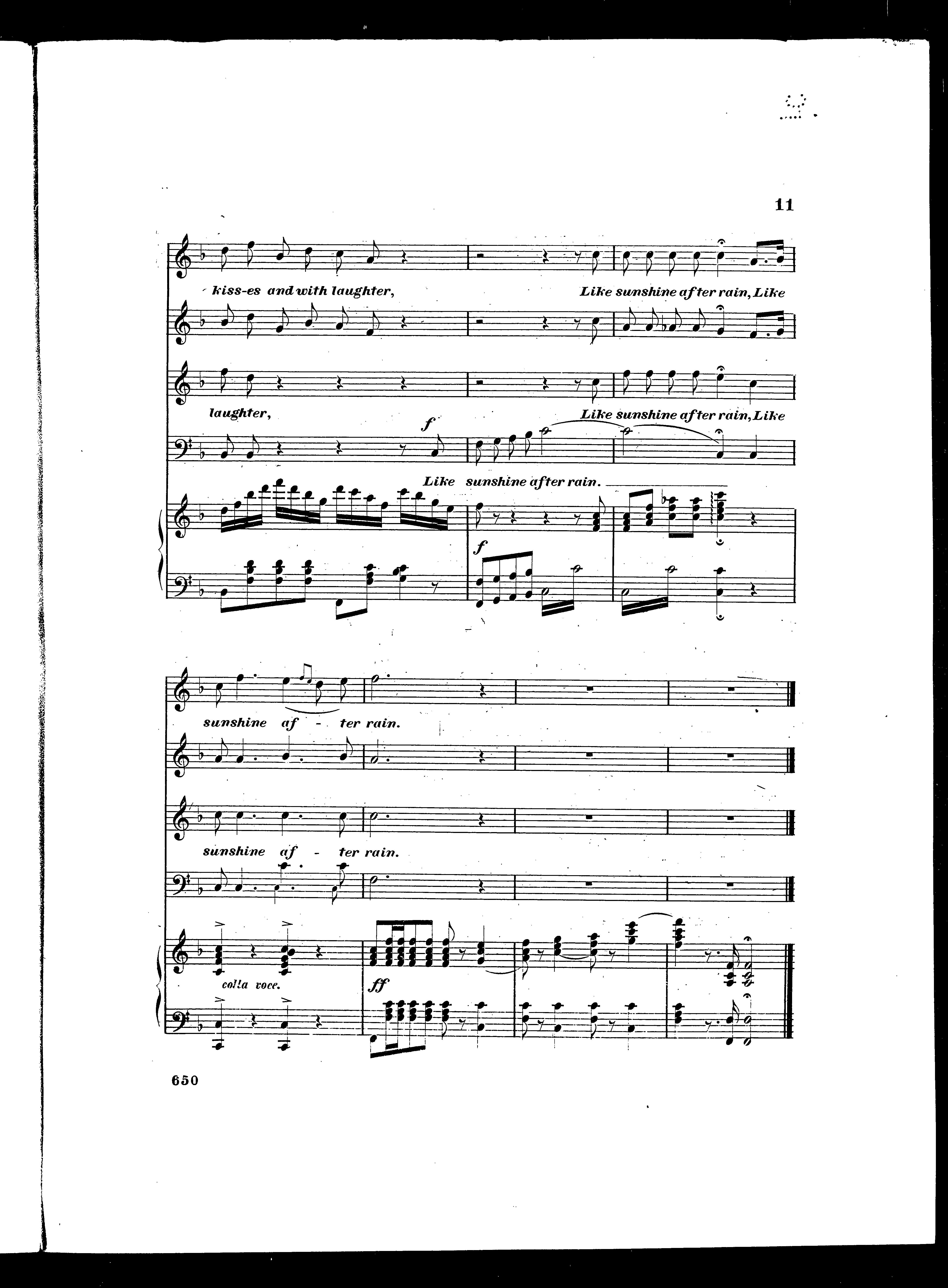 Professor Pease in a Conservatory of Music classroom

This photo is part of the 1892 photo collection at the EMU Archives. 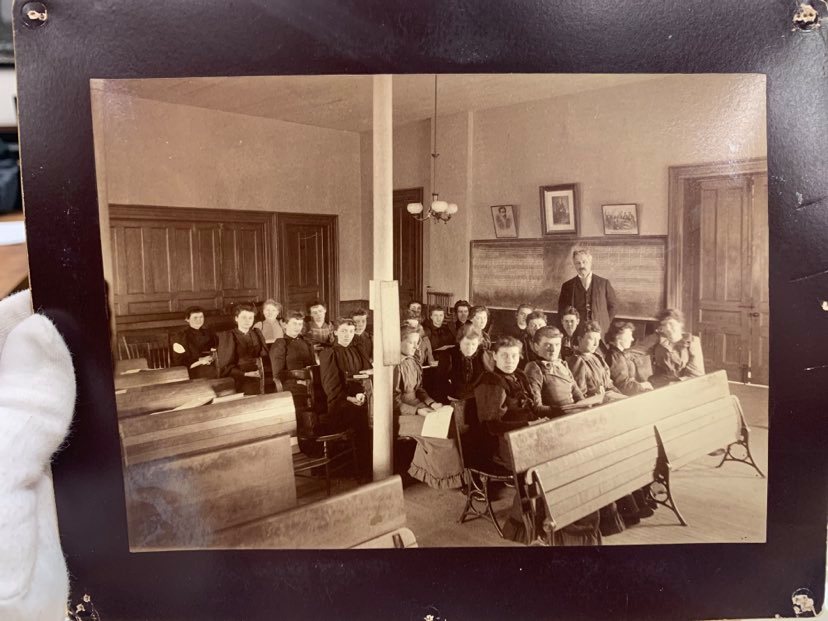 Professor Pease and the Choir

Professor Pease stands with the choir on the 3rd-floor auditorium of Old Main.

This photo is part of the 1892 photo collection at the EMU Archives. 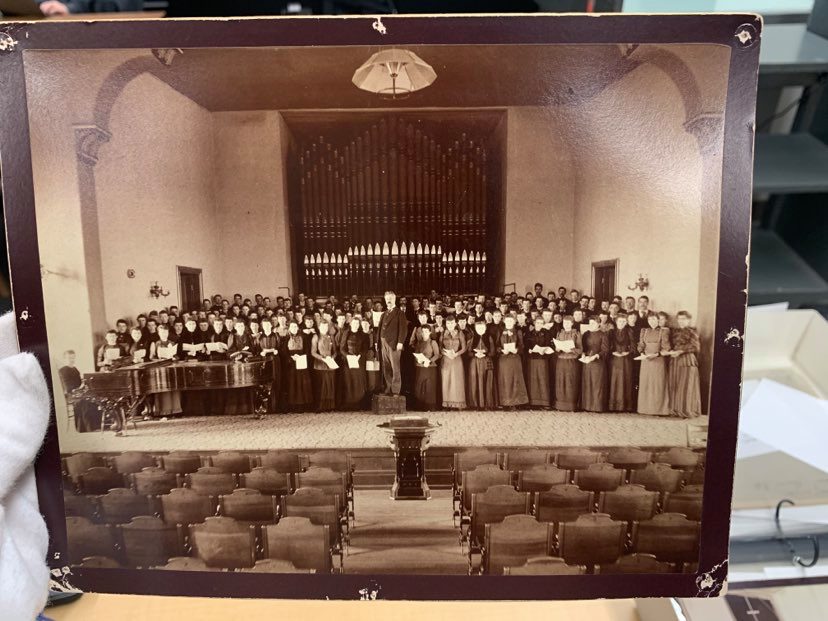 This photo is part of the 1895 Michigan State Normal School scrapbook at the EMU Archives. 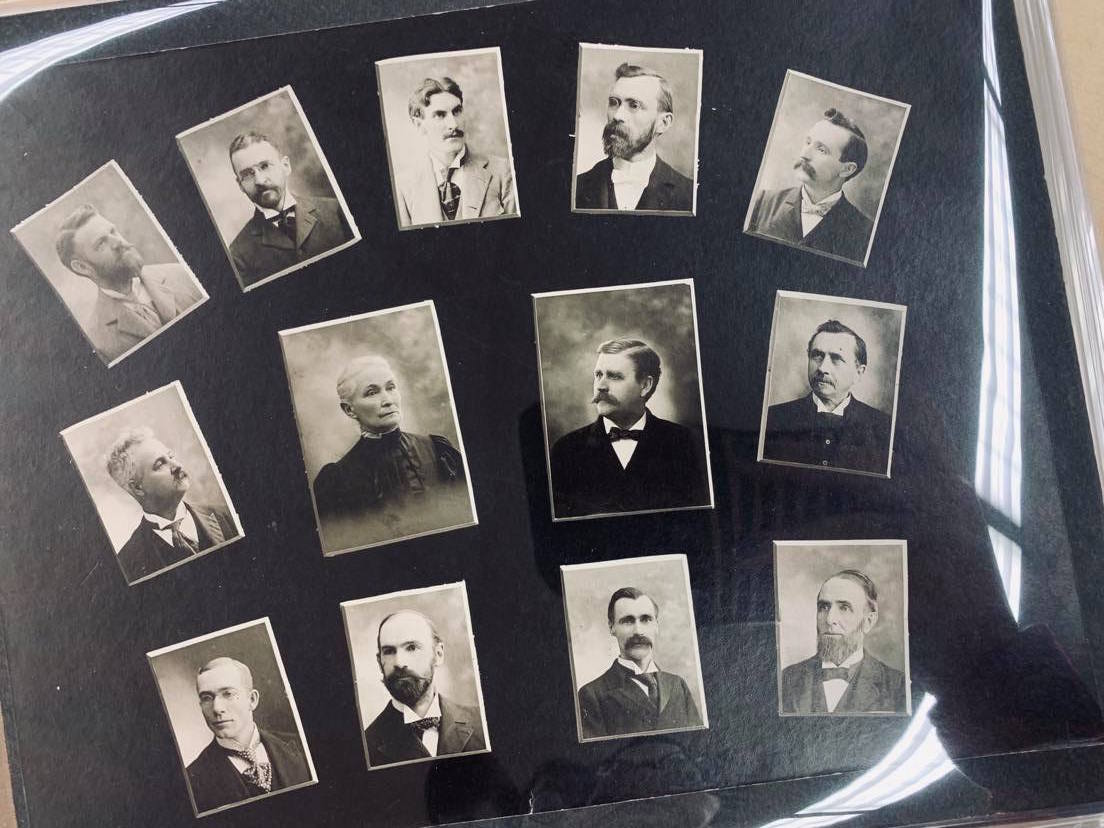 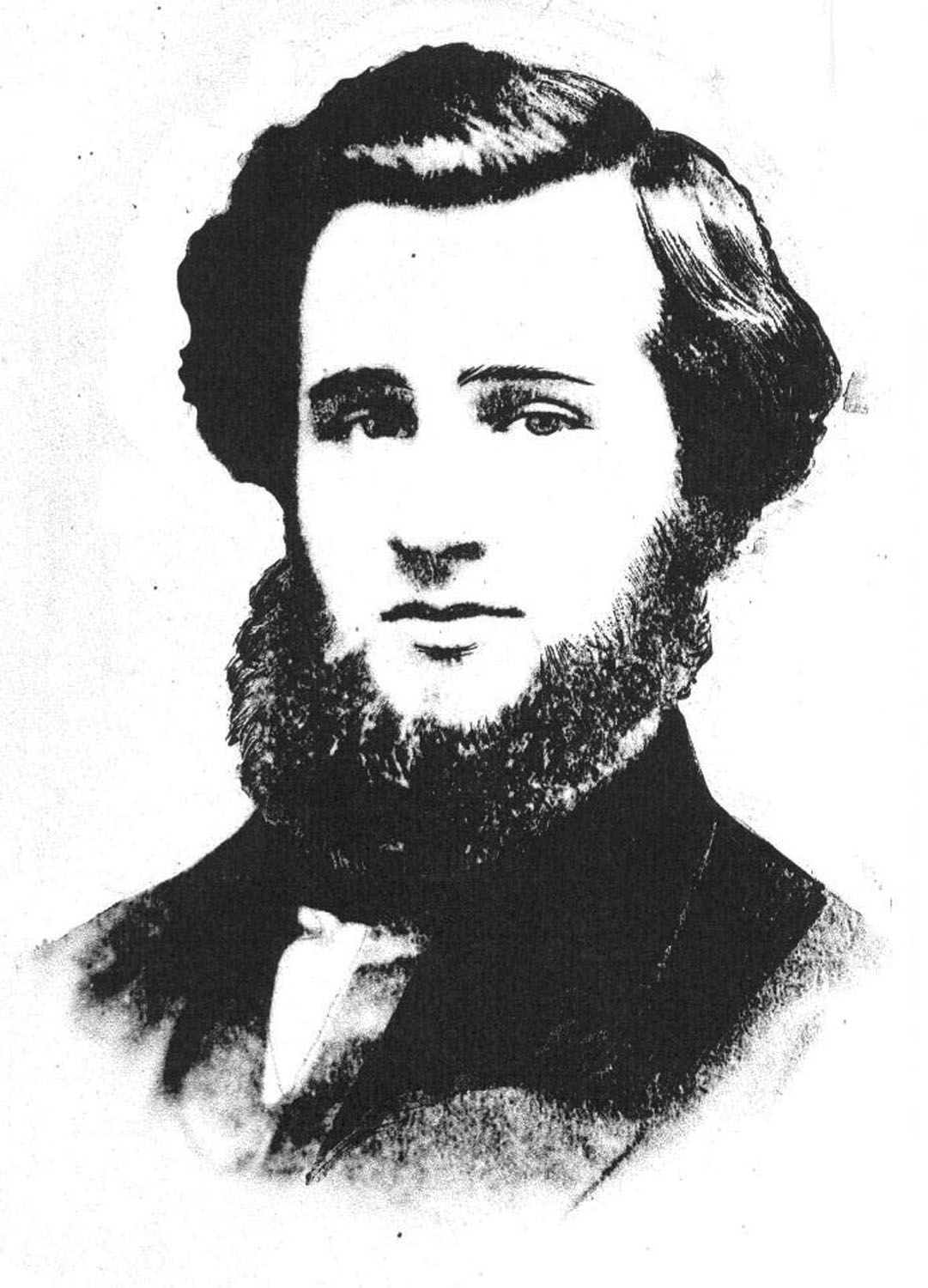