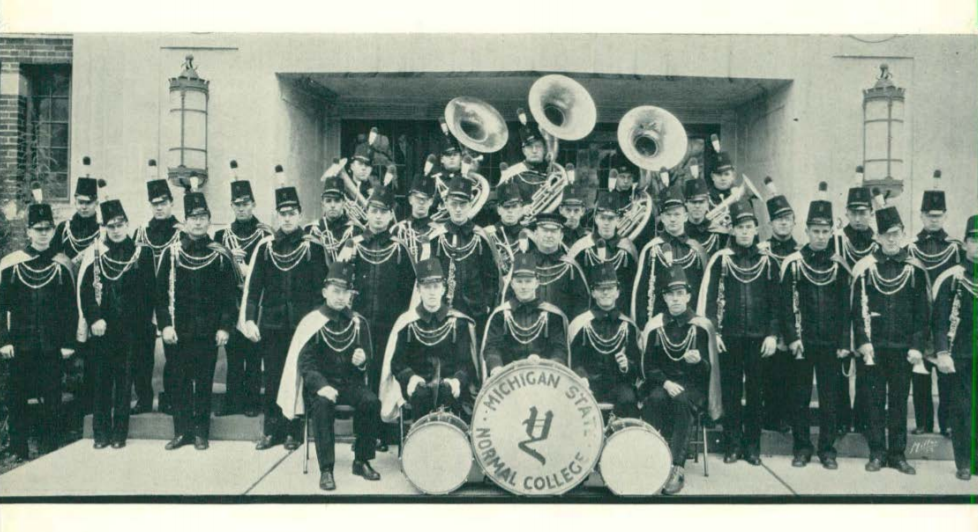 In 1964, Thomas Tyra became the Director of Bands at Eastern Michigan University. When he started, he doubled the marching band's member count from 35 to 70. In 1974, the band (by then known as "The Marching Hurons") had approximately 175 members.

Tyra and his assistant director, Max Plank, led members of EMU's marching band in a record-breaking event in February 1976. Students from five of the university's bands played continuously for 50 hours, setting a Guinness World Record. The students were allowed a five-minute rest every hour, but no one slept during the stunt. Tyra held band practice as usual just one day after the ordeal.

When Tyra moved on from EMU in 1977, he left a legacy of excellence and a marching band that had grown five times its size.

Since Thomas Tyra's tenure, the EMU Marching Band has continued to thrive. It has performed in numerous fields across the country, from California to Massachusetts. The marching band played for the Detroit Lions at halftime on multiple occasions. The band's regular performances include all home football games, Homecoming, and Eastern's Band Day.

EMU's Drumline (drums and cymbals) is part of the Marching Band. However, inclusion in this group requires a separate audition and is competitive. The drumline also has additional practices beyond what is required of marching band members. The drumline's performances are featured at football games. Some game attendees say the drumline's shows are the highlight of the games.  Drumline friendships are often long lasting; this is not a a surprise as these musicians spend many hours working together each week.