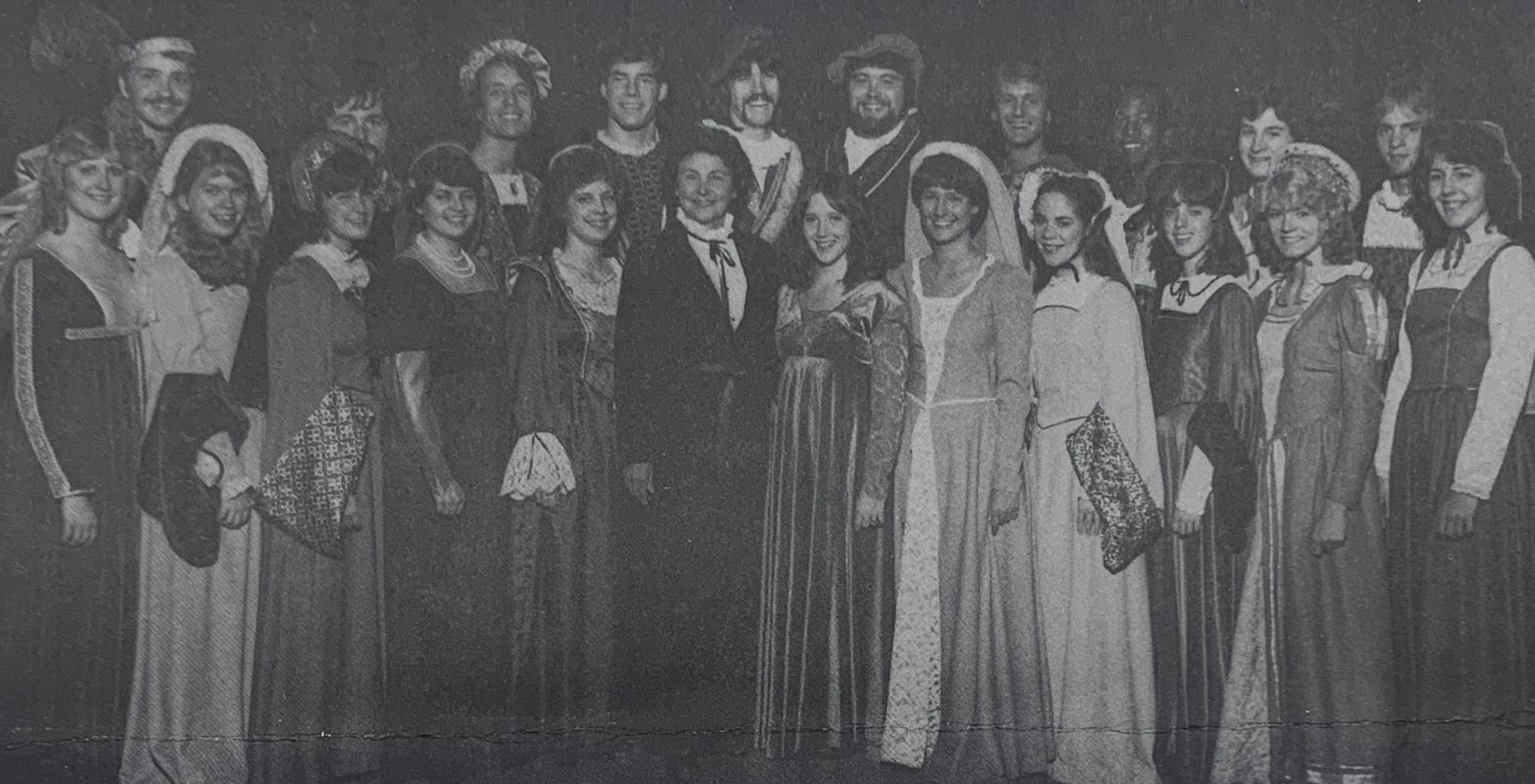 The Madrigal Singers were a prestigious group of select singers, and their director Emily Lowe was known and respected for challenging her students to perform to the highest standards.

The form of madrigal singing adapted and practiced by The Madrigal Singers originated in 16th century Italy. Madrigals were originally short poems with four vocalists, but later grew to include five or six vocalists, along with the occasional instrumental. The lyrical content of madrigals were usually not religious, as was common at this time, but expressed a range of emotions and topics. Often performed in royal courts and societies, madrigals were known for occasionally being bawdy in nature!

The madrigal flourished in England during the Elizabethan period of the mid-to-late 16th century. English-style madrigals became the most common style of madrigal, with pieces composed for both voice and instrument.

The Madrigal Singers wore either Elizabethan costumes or formal wear for their performances. The costumes were often sewn for all of the members by some of the singers! 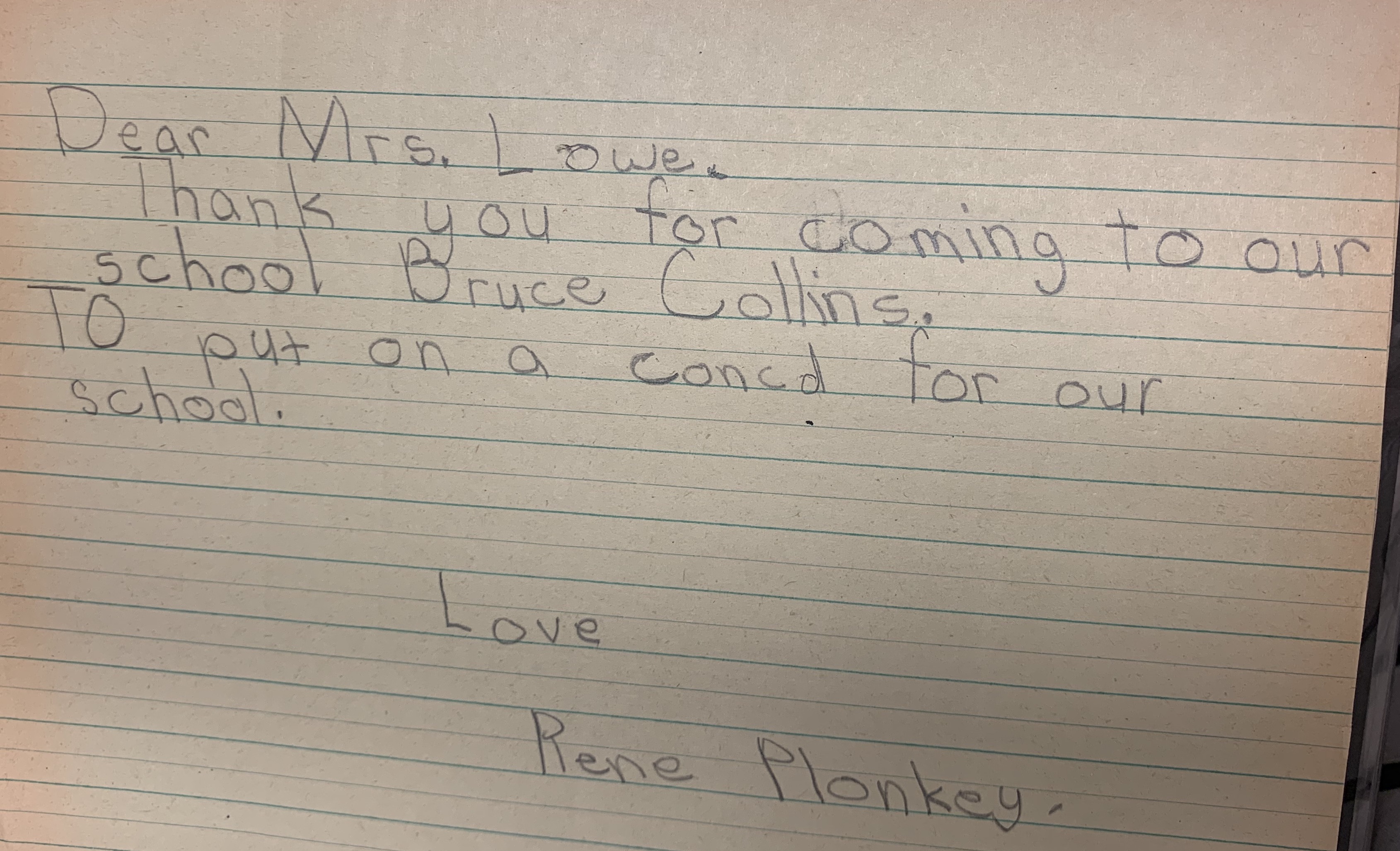 The Madrigal Singers were committed to being more than just a performance group. A core component of their organization involved forging deep connections with local communities. They would often perform at local grade schools, furthering the collaboration between Eastern Michigan University and k-12 schools. This letter, written by a grade school student addressed to Emily Lowe, was one of several within a scrapbook of mementos from community performances. 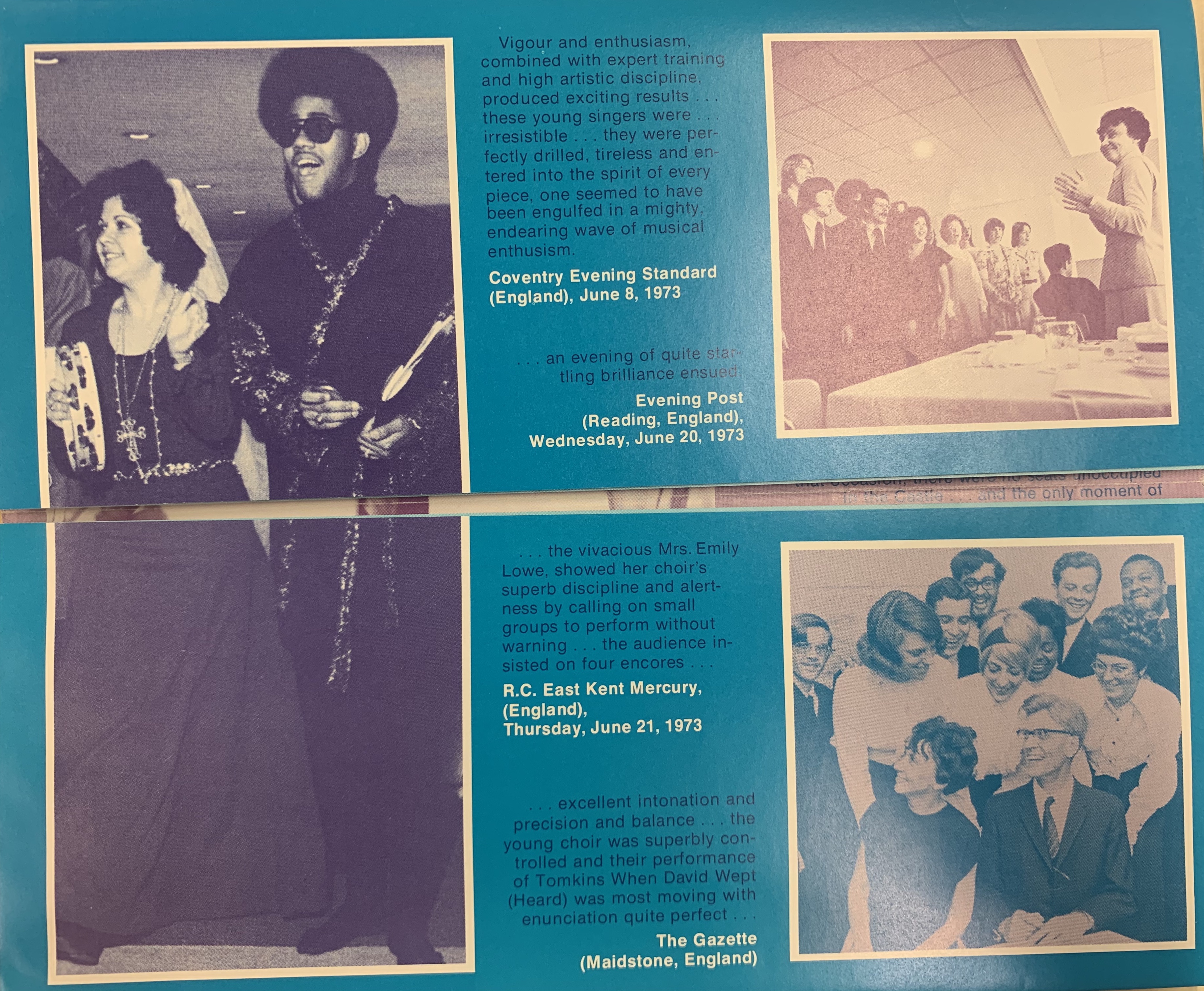 Promotional brochure for The Madrigal Singers, featuring snippets of glowing reviews from their 1973 tour to Great Britain and Ireland.

The Madrigal Singers embarked on numerous national and international tours, often winning awards and accolades in the process. They went on tours to Great Britain and Ireland in 1970, 1973, and 1976, where they performed at universities and schools, appeared on the BBC, and competed at the Cork International Choral and Folk Dance Festival, where they placed second. The Madrigals also went on tour to Taiwan and Hong Kong in 1986, where they were received with much acclaim. To Emily Lowe, it was strongly important for students to gain an appreciation for different customs and histories, and as such, the performing tours were also an opportunity for students to immerse themselves within the culture. 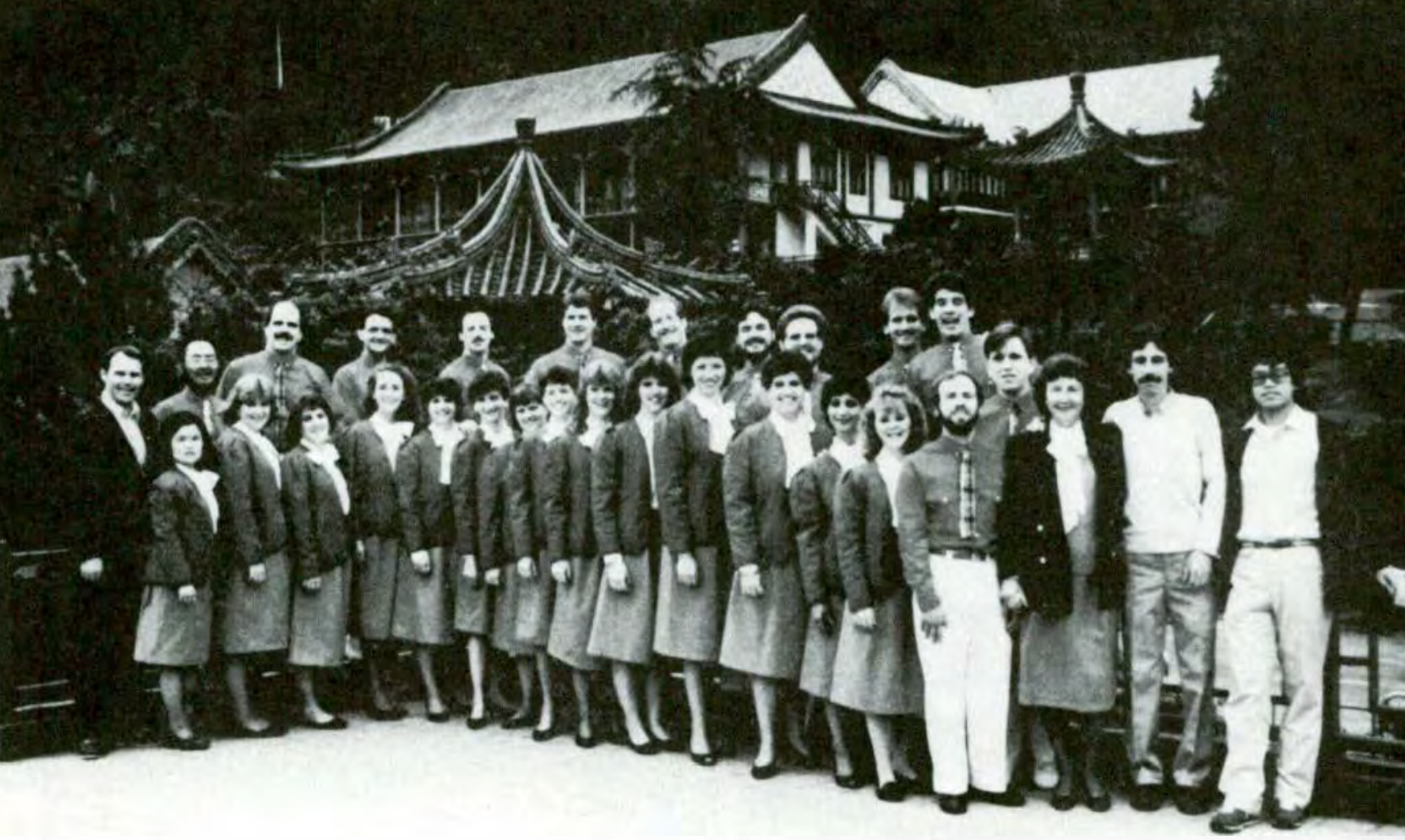 The Madrigal Singers in Taiwan, 1986. 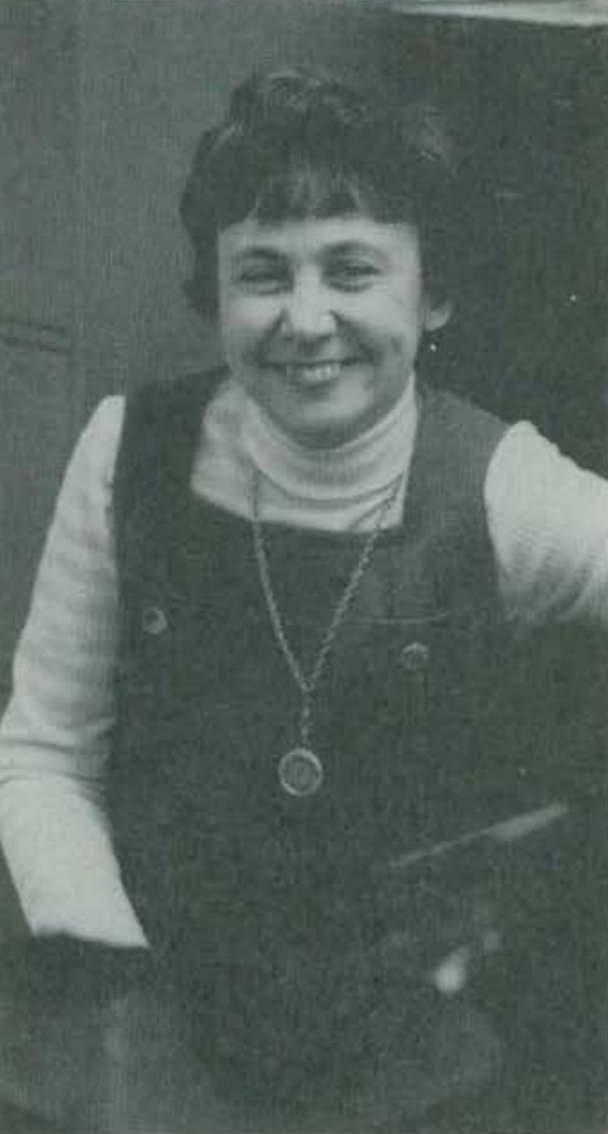 "The most fun of all, for The Madrigal Singers and personally, is introducing our kind of music to children who have never heard anything like it. The thought of exciting little children with 16th century music is one of our greatest pleasures. And it is exciting to them all - whether they live in Willow Run or Sussex, England" - Emily Lowe, Focus EMU, December 1, 1975.

Professor Emily Lowe had a passion for sharing music. She joined the Music Department in 1961 as an associate professor, and led the Madrigal Singers from its inception in 1965 until her eventual retirement to Florida in 1989. The Madrigal Singers, and Eastern Michigan University as a whole, were incredibly important to her. After her move to Florida, she wrote a letter to a former colleague wherein she stated, "I love Eastern so very much and feel it is the core of my life." Her new ventures in choral directing, she wrote, were exciting but not quite up to the quality of her talented Madrigal Singers. Her students took her to heart as much as she did to them. After her passing in 2012, alumni gathered at Eastern Michigan University in 2013 to perform a reunion concert in her memory. This clip is a performance of the traditional entrance song that they performed under Emily Lowe.