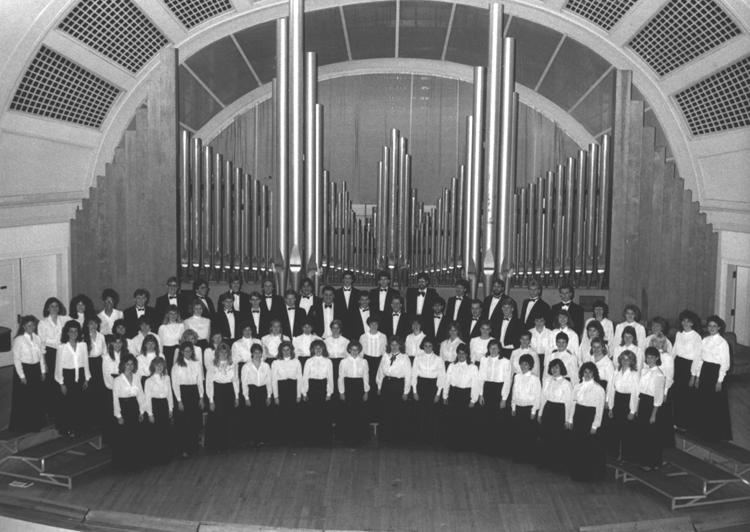 The Eastern Michigan University Choir has a rich history of providing students with a prestigious experience in vocal performance.

The University Choir was organized around 1858 by Ezra Meade Foote, the instructor of Vocal Music and Dancing. Foote was interested in "popular" music, compared to classical music, and the choir often sung patriotic and descriptive songs interspersed with additions from popular operas. Foote's departure in 1863 was filled with the arrival of Frederic Pease.

Frederick Alexander succeeded Frederic Pease as the head of the Conservatory of Music after Pease's death in 1909. Alexander's focus was on choral music, in which he achieved national renown for his work. His philosophy in choral music hinged on his ideas that choral music can create a community of singers. His unique methods are perhaps most fully understood by the following formal statement crafted for the choir:

"Voices are tested (for admission to the choir) for quality and range. Musicianship and taste are not expected: the purpose of the choir being to stimulate and develop these assets through the sympathetic interpretation of masterpieces in choral literature...Our object: To know intimately great literature - not to sing in public...The choir always sings from memory."

Under his directorship the choir grew to over two hundred students, who performed with the "...added zeal and spirit of the Crusaders of the Middle Ages." 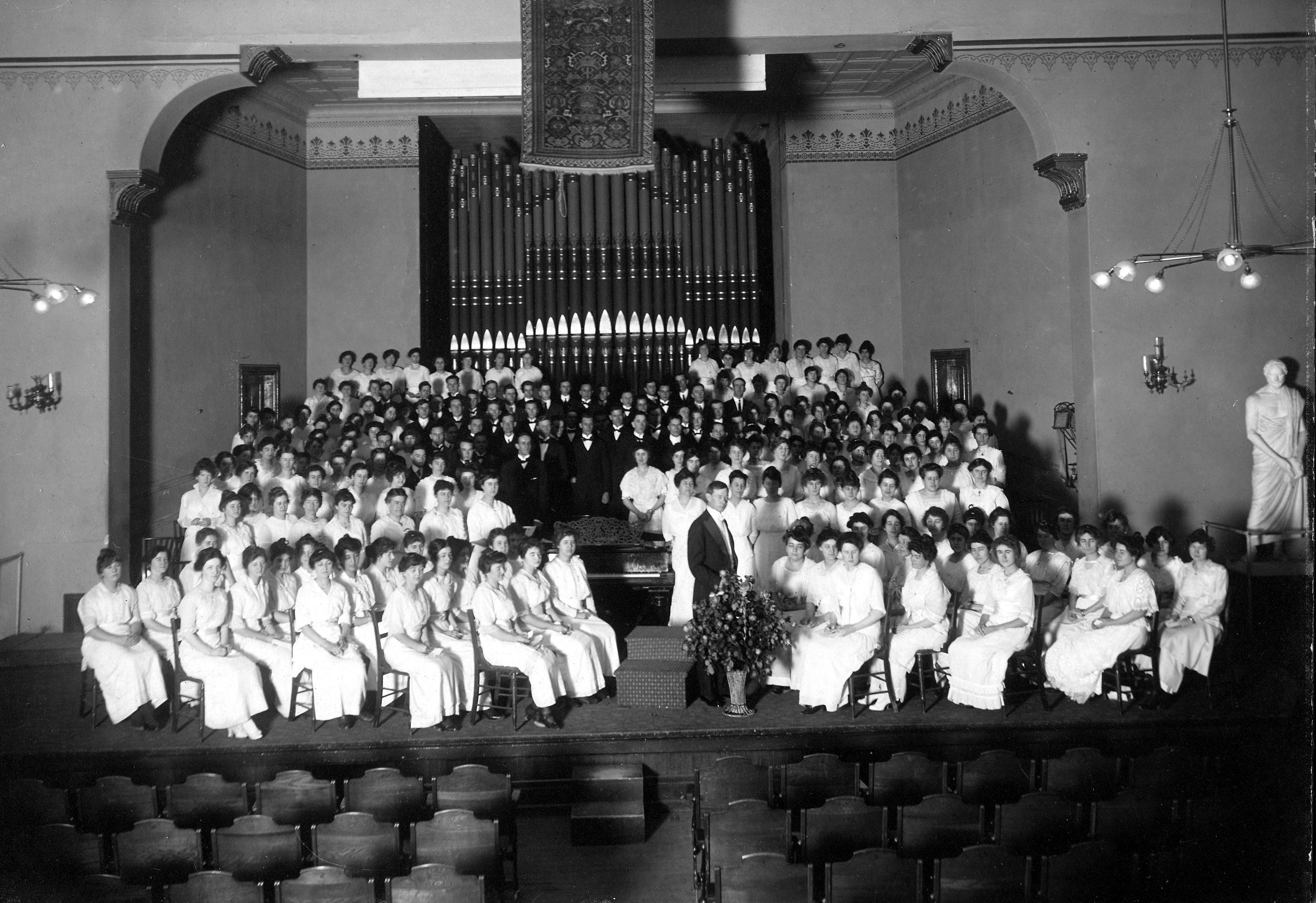 Frederick Alexander headed the department until his retirement in 1941. A Detroit art and music critic, commenting on Alexander's departure and his affect upon the choir, stated: "Frederick Alexander was their leader; Frederick Alexander, who was the creator of this choir and the good genius behind its fame. For the Ypsilanti Normal Choir is one of the genuinely important musical possessions of this part of the republic."

Upon his death, his will left a donation of $90,000 to the university for the purchase of a pipe organ to be installed within Pease Auditorium. In recognition of his work and generosity on behalf of the university, his name now graces the home of the Music Department, the Alexander Music Building. 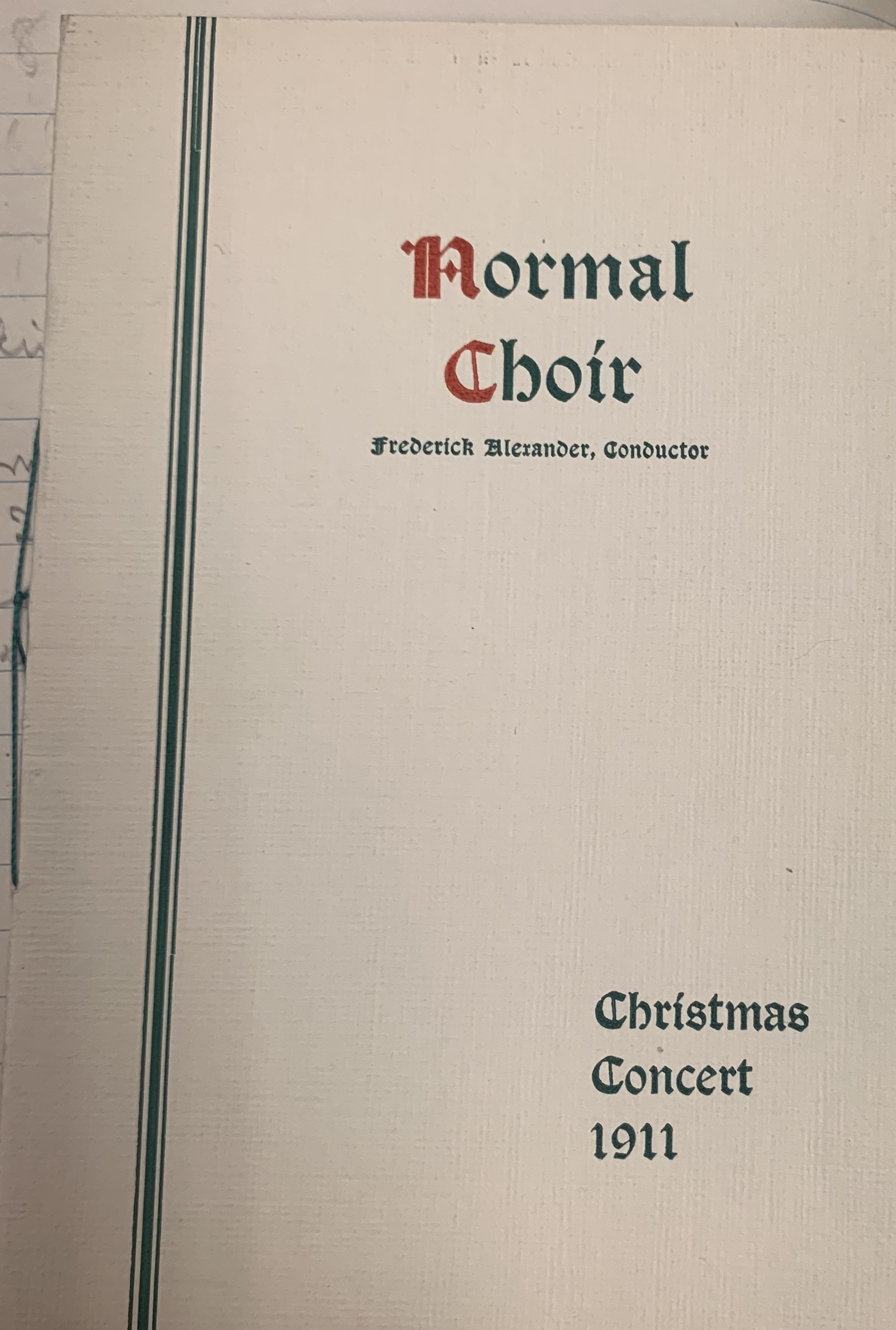 The annual Christmas Concert was a popular event, drawing in visitors from the community and nearby cities. The concert for 1915 drew inspiration from classical and modern Christmas music, and was sung in German, French, Italian, Latin, and English, without accompaniment or scores! By the time Frederick Alexander retired in 1941, the choir performed annual Christmas concerts in Pease Auditorium and in Detroit, the latter which was broadcast over the radio.

The tradition of holiday performances continues to the present day, with the first annual Candlelight Concert performed in 2019 at Pease Auditorium and the Orchestra Hall in Detroit. 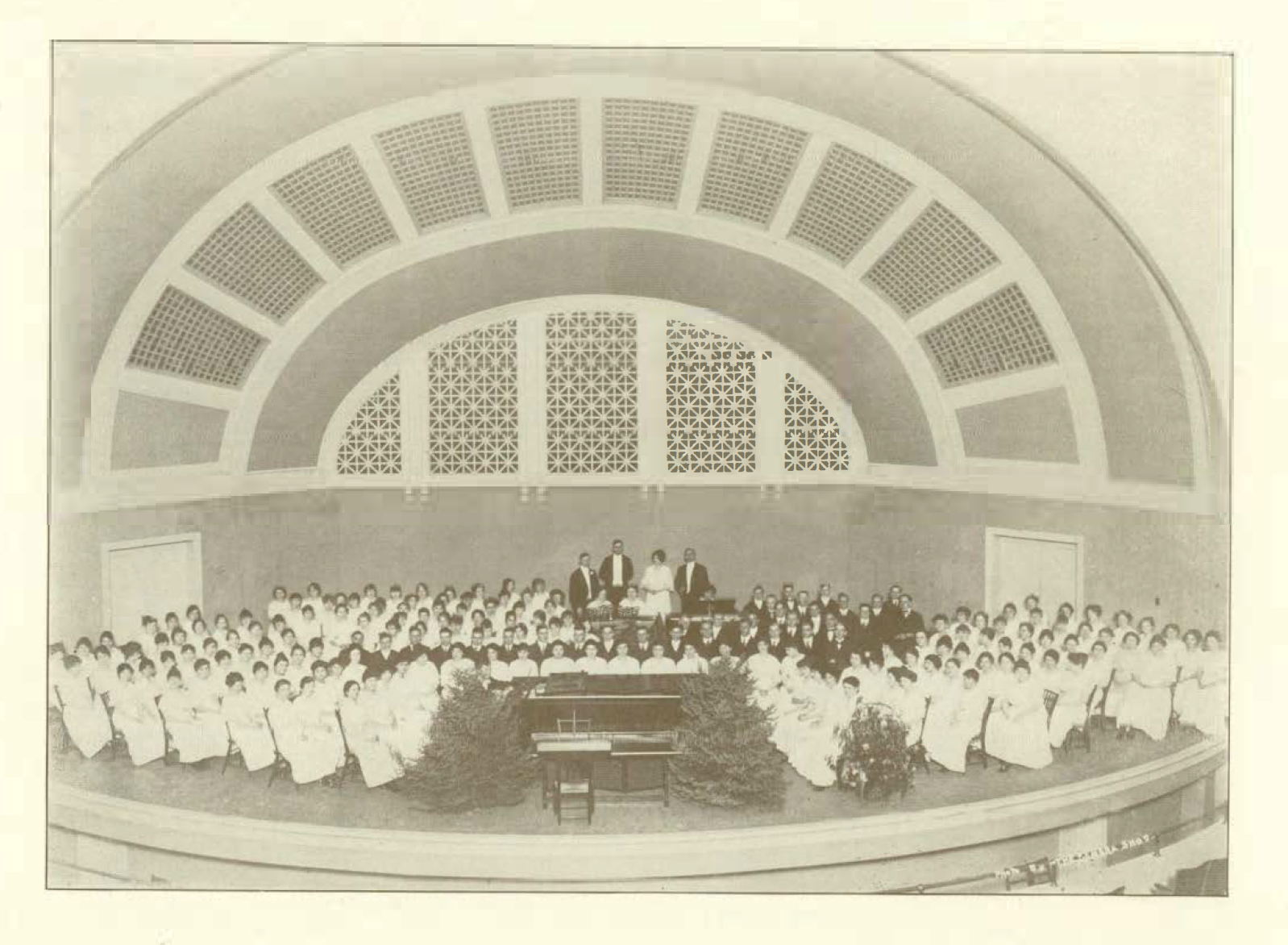 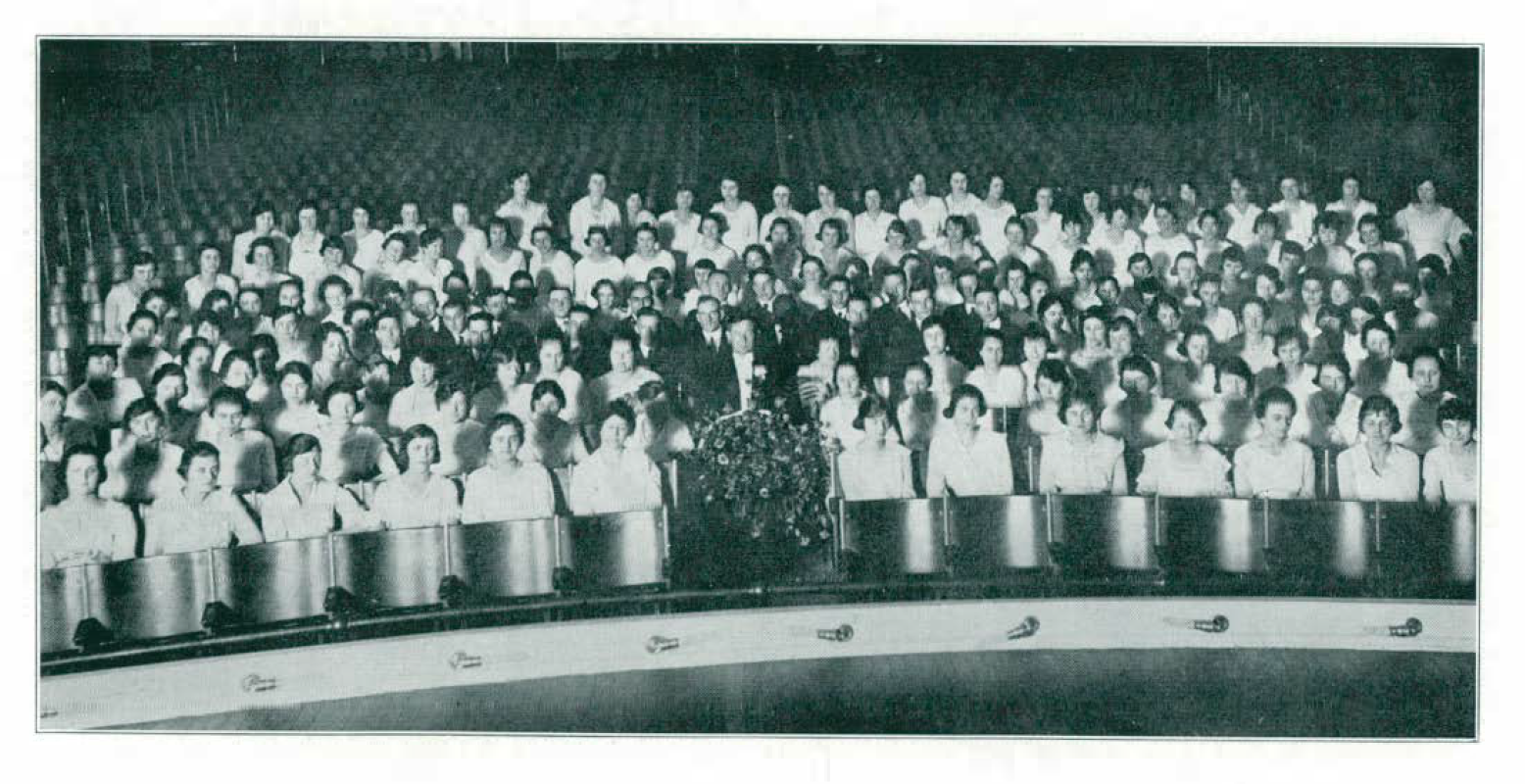 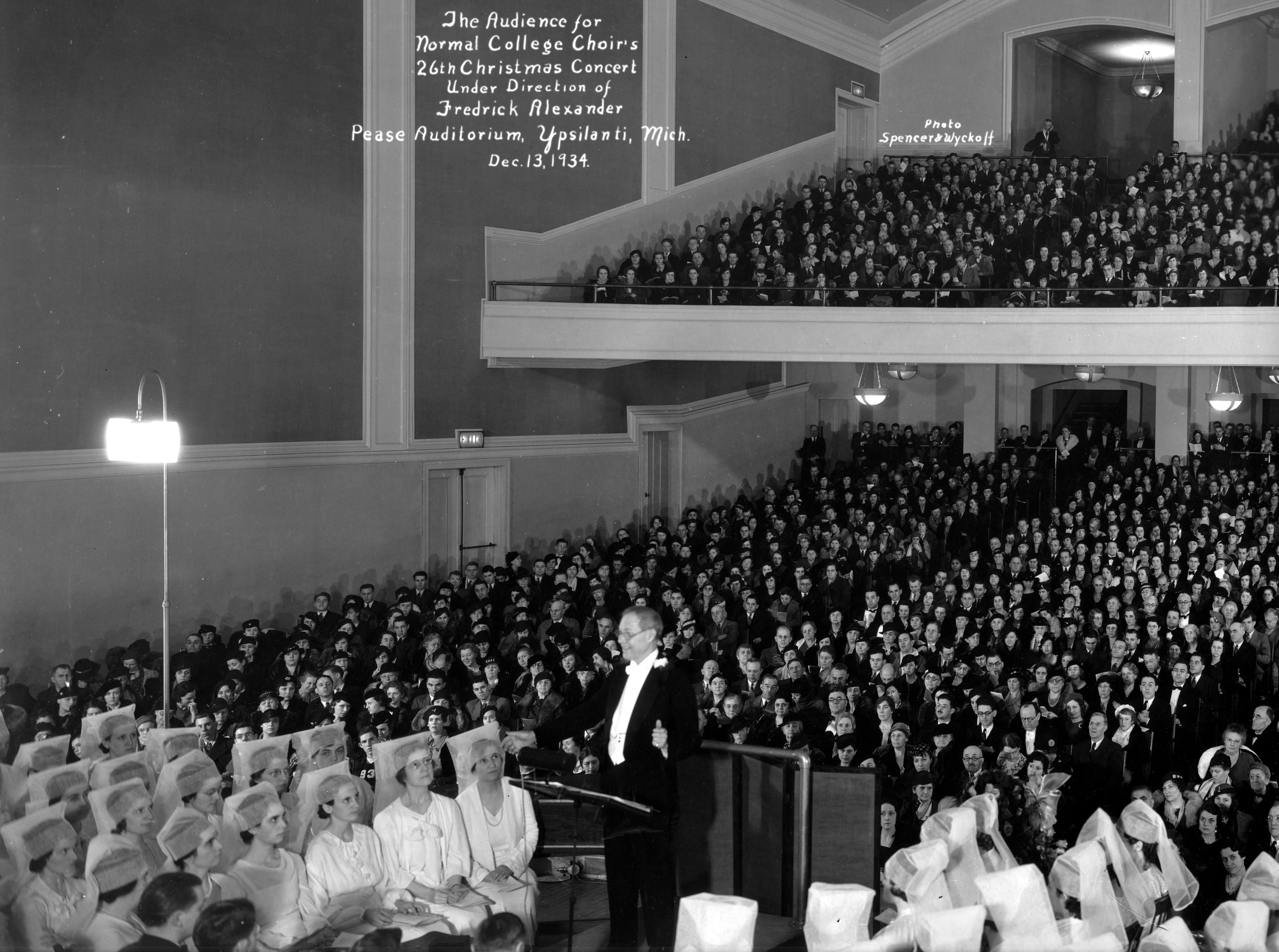 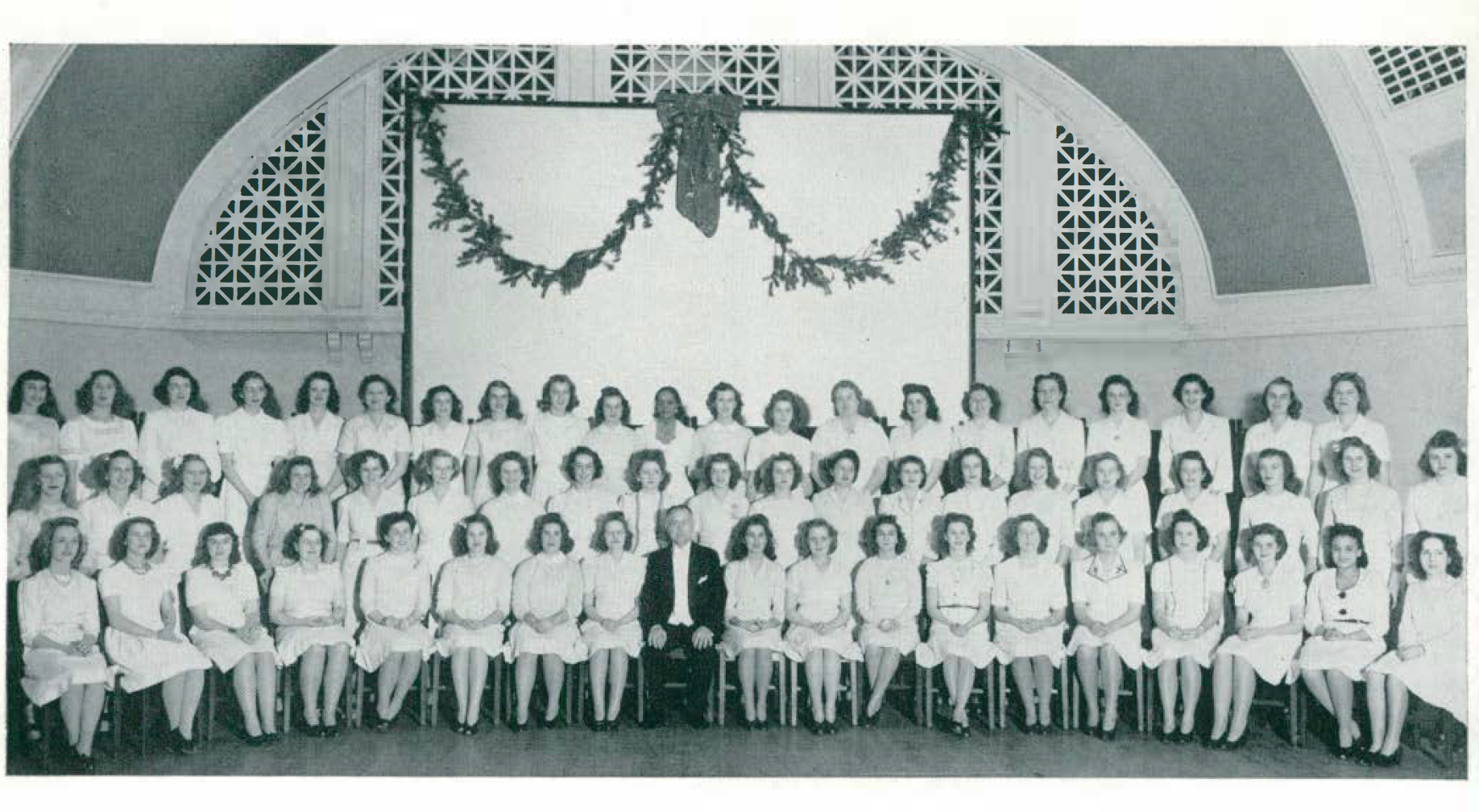 The University Choir continues its legacy of enriching lives through the power of song. Under the current direction of Dr. Brandon Johnson, the choir has achieved numerous accolades, and have worked alongside American composers Jake Runestad and Stacey Gibbs and conductors Dr. Bruce Chamberlain and Dr. Jerry Blackstone.  Recent activities and achievements include: