This guide was created by EMU senior Roxanne Reinhardt as part of her course work for the EMU History Internship in the Winter of 2018.

Through the efforts of the Office of Religious Affairs, many lectures were offered to the students of Eastern Michigan 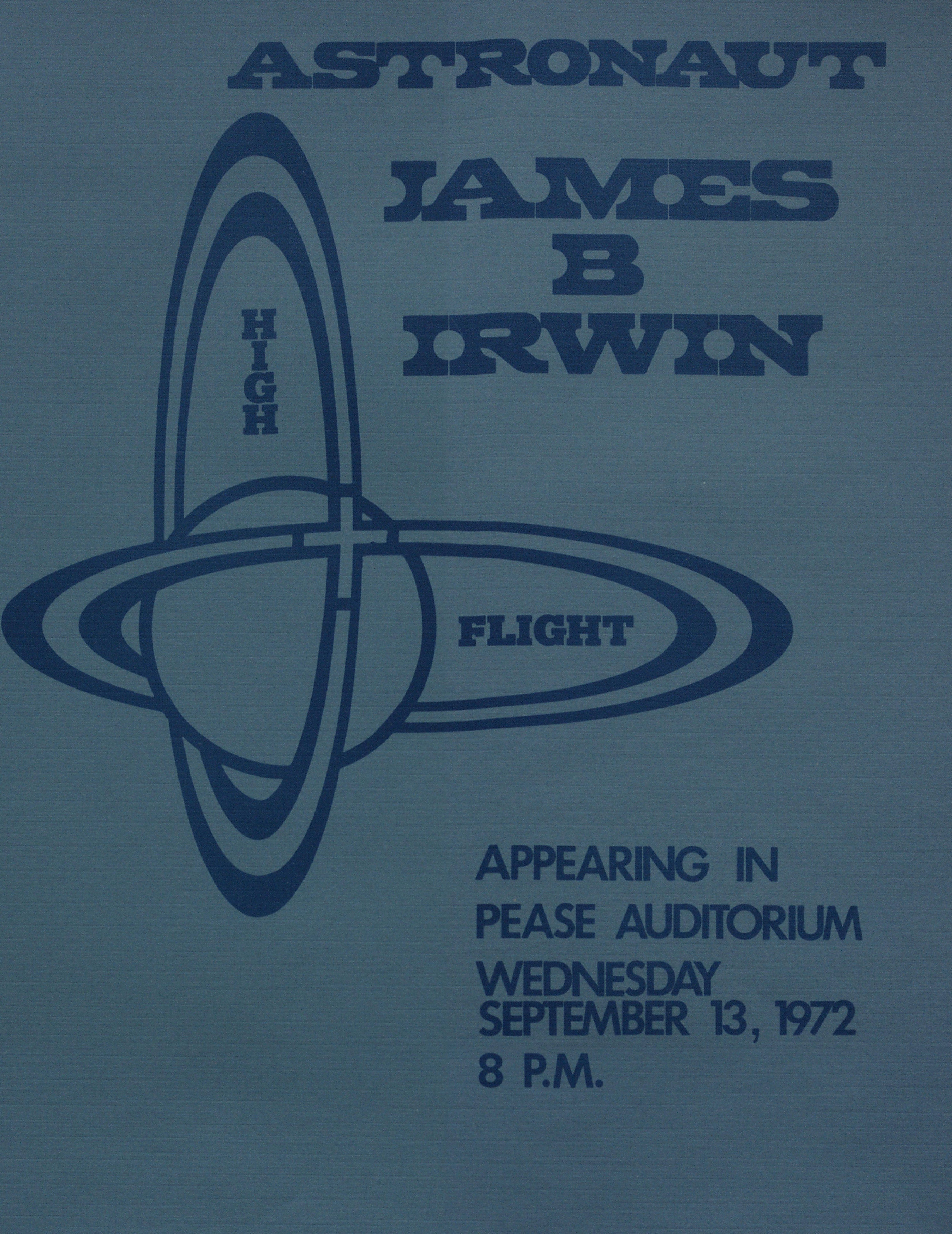 University. One of which was about human sexuality, and offered by the Yale professor, Dr. Philip Sarrel. Students were able to take a “typical” Yale course over the weekend as opposed to over the semester.

The main focus, however, was the individual lecture series, that even happened weekly.Some of which were local professors, but on occasion, the Office of Religious Affairs would secure special guests to speak on campus. This included Colonel James B. Irwin the astronaut, Vincent Harding, an African American scholar who discussed the black experience in higher education, and, Alex Haley the author of Roots: The Saga of an American Family. Haley's presentation at Eastern was about the genealogical research he had conducted for Roots, and is available through the Eastern Michigan University Archives sound recordings online.