Starkweather Hall was unique in that it was the first registered religious center at a teachers college in the United States. The generous donation of Mary Ann Starkweather also came with its own stipulations, which required that the building be used by the SCA or another religious group.

Although the SCA had disbanded long ago, religious groups remained in Starkweather. However, the question arose, “Who belongs in Starkweather?”. Some felt that no matter what Starkweather should remain a religious center. Until 1964 Starkweather had been owned by the state, but then a new Michigan Constitution gave autonomy to Michigan’s universities. Which means any properties that the state controlled were no longer so.

The Vice President of Student Affairs felt that the building had been underutilized for awhile and that its location was the best possible place for a new campus organization for campus tours and welcome information. Thus religious organizations could no longer use the space, they could, however, book other rooms on campus, but the bookings would need to be done in advance. This was acceptable because there was nothing legally binding the university to Mary Ann Starkweather's request. 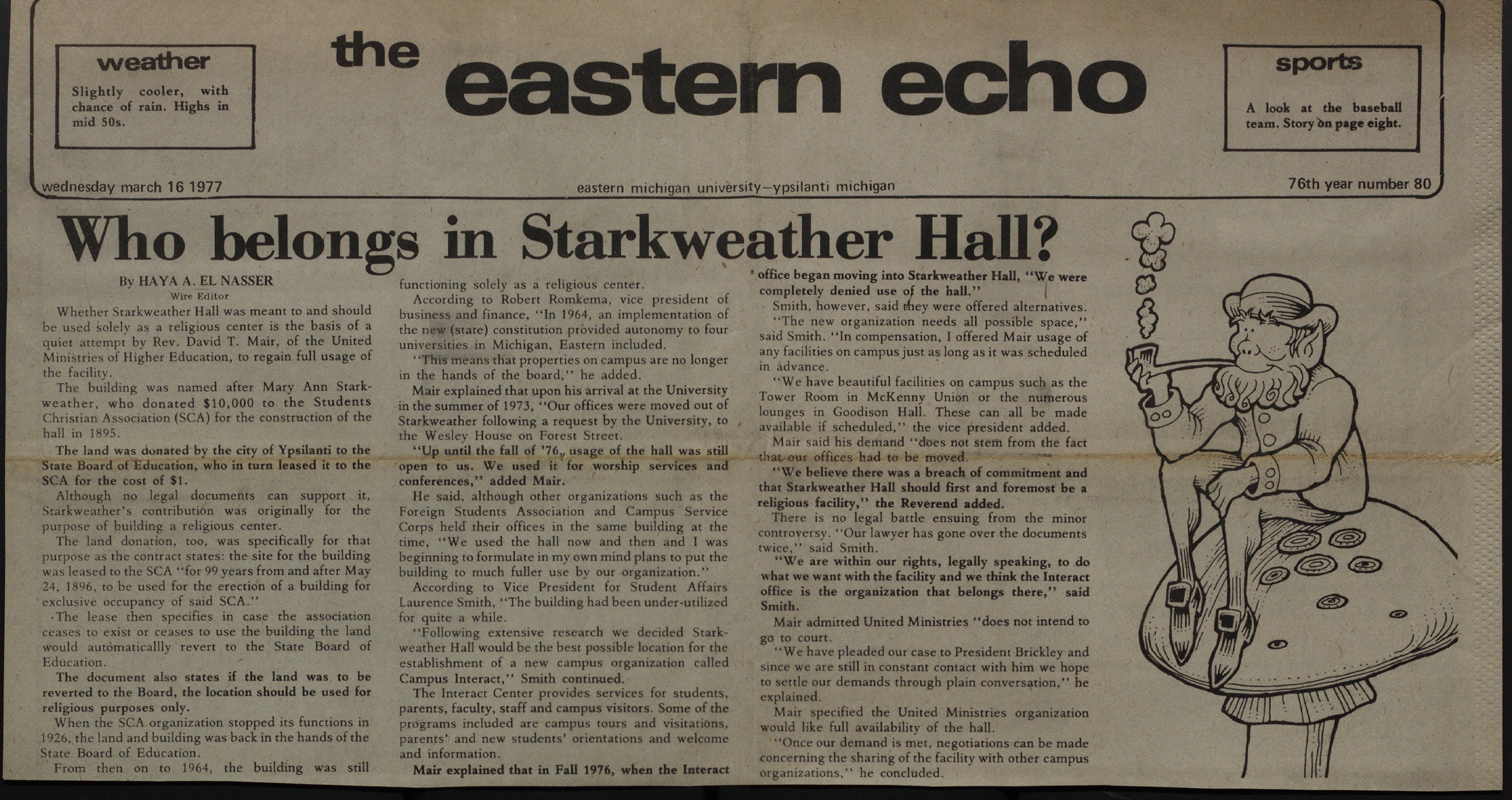