One of the issues that Charles Minneman helped to oversee was the question of whether Eastern Michigan University should grant Christian Science students exemption from physical examinations.

Despite many university officials feeling the exemption was inappropriate, Minneman continued a correspondence with Christian Science publication individuals and attempted to gain an exemption for students.

The Vice President of Student Affairs, William C. Lawrence, argued that the exam had two purposes, first to protect students from diseases, and second to identify if a student had any medical conditions. Concluding that he felt they should not be granted the exemption as it could endanger other individuals.

From what can be understood from the archival material, an exemption was never granted. 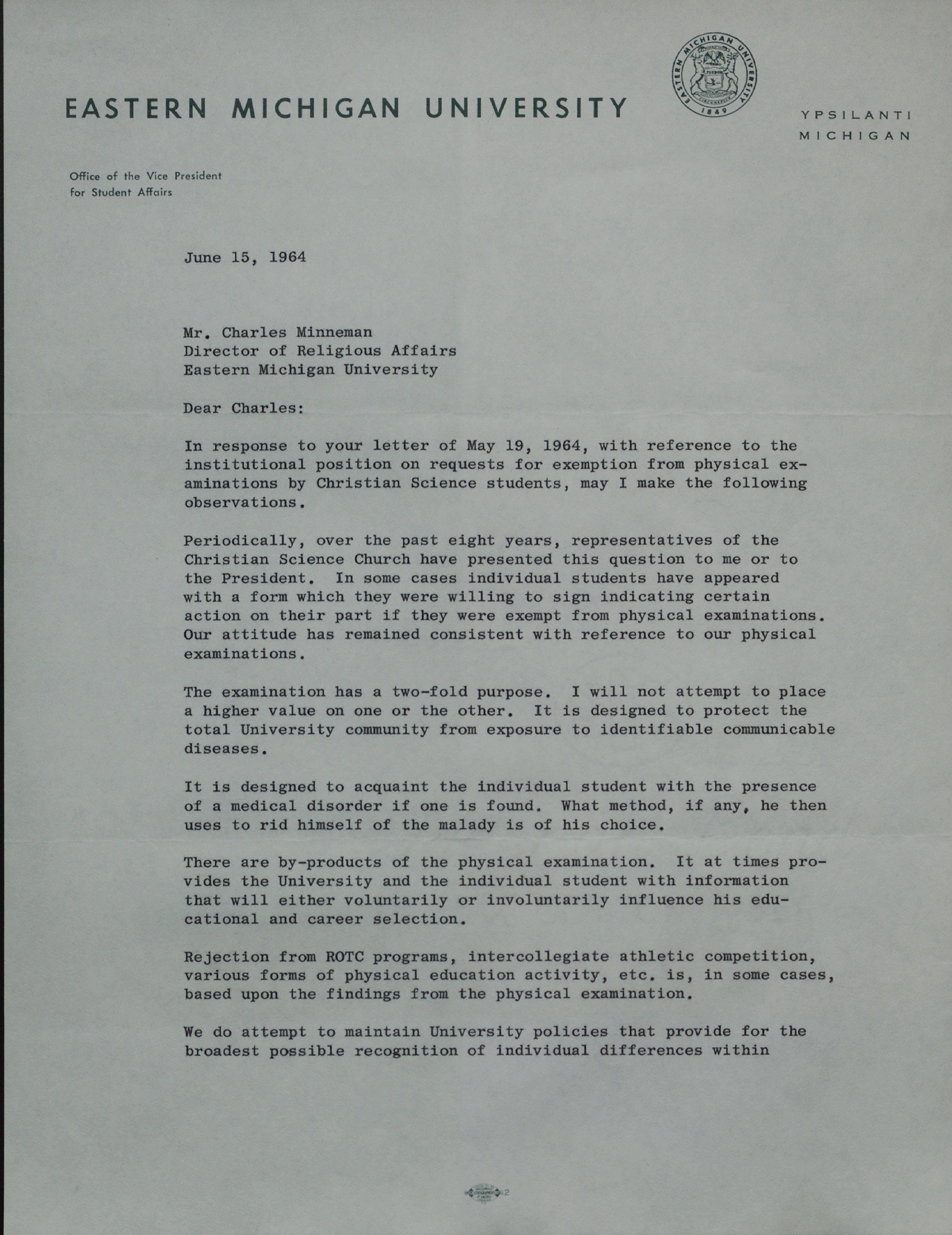 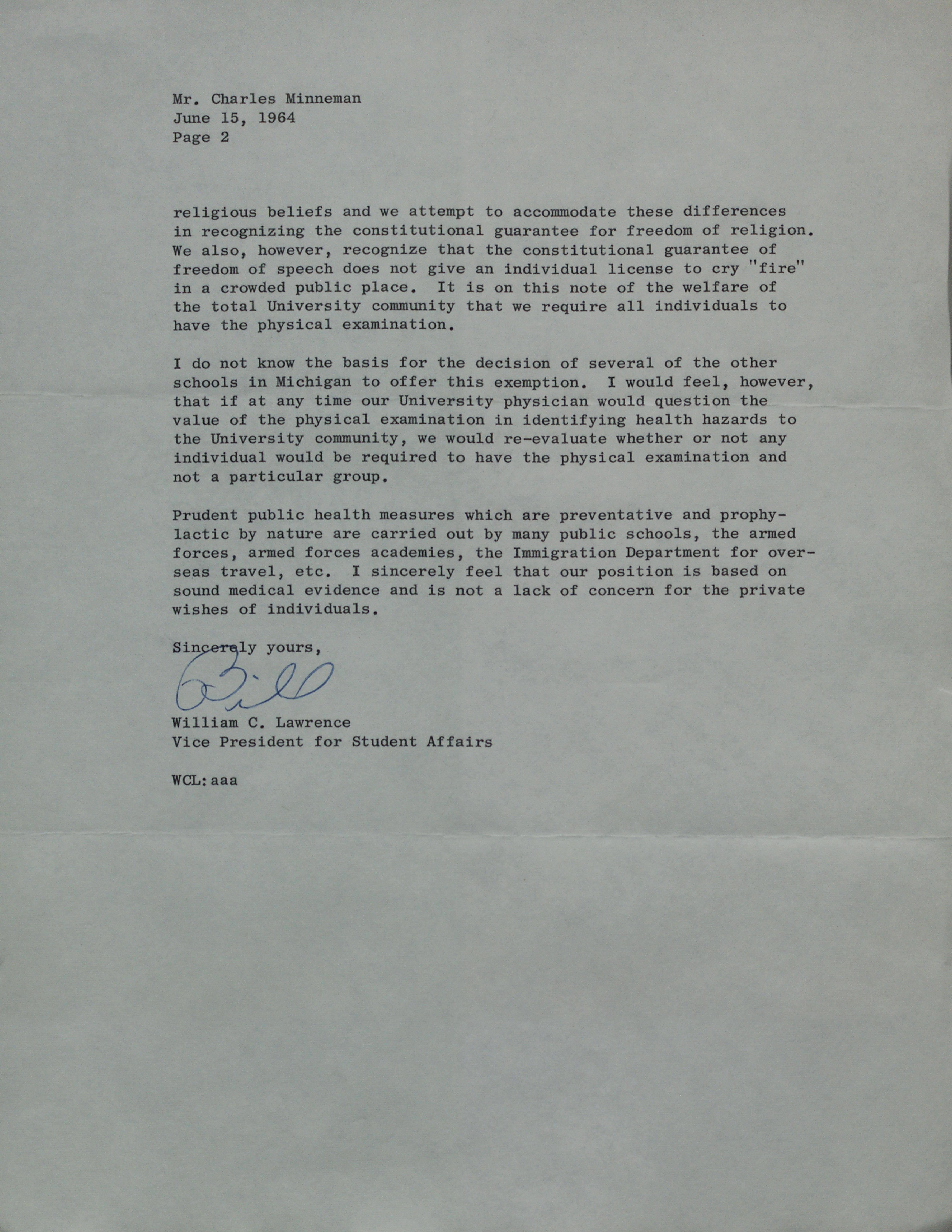