When constructed Starkweather was the only religious center at a teachers college in the United States. After construction, it was originally leased by the city of Ypsilanti to the State Board of Education who then leased the building to the Student Christian Association for $1. Although no legal documents were utilized to solidify this, the land donation was intended for the sole purpose of a religious center. This is stated in the land donation contract, “for 99 years from and after May 24, 1896, to be used for the erection of a building for exclusive occupancy of said SCA.”. The organization utilized the building until they disbanded in the 1920’s. The lease also specified that should the organization cease to exist that the building should revert to the State Board of Education. But even if reverted to the state the purpose had to remain religious.

When the organization disbanded in 1926, the building did return to the state. Then until 1964, the building continued to function as a religious center. After the loss of the Student Christian Association, it was not the end of religious activity on campus because there were other organizations utilizing the building. 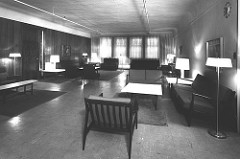 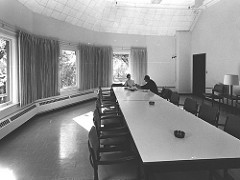